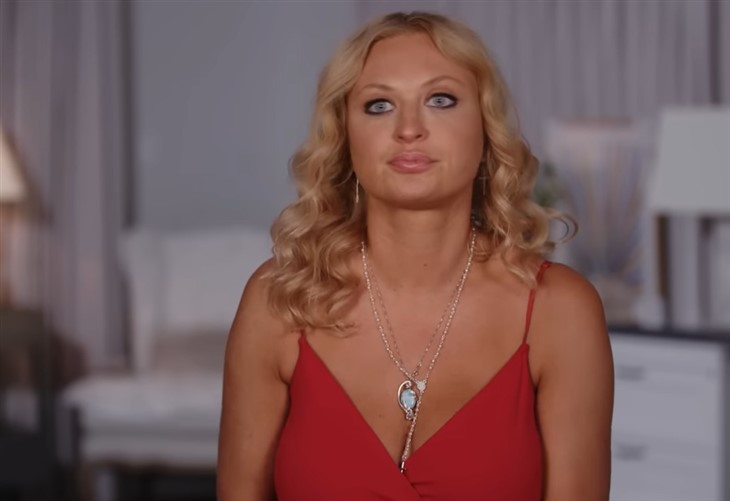 90 Day Fiancé spoilers, news, and updates tease that Natalie revealed the reason why she chose to stay married to her estranged husband, Mike.

Natalie Mordovtseva was first introduced to the TLC show when she was romantically involved with Mike Youngquist. The two started their love story when they met through mutual friends. They created a deep bond and decided to put their relationship to the next level when Mike proposed to Natalie in Paris. Though their relationship was far from perfect, Natalie and Mike still made it to their wedding ceremony.

Recently, ET shared a clip from “Single Life” Tell-All, where Natalie revealed the reason why she doesn’t want to be legally separated from her ex-husband, Mike Youngquist. In the video, Josh Weinstein told host Shaun Robinson that he and Natalie are not officially a couple as the latter is still married to Mike.

Natalie then stated that it was her “personal choice” in staying married to the Seattle resident. “I will never divorce for a guy who is not gonna be there for me and I don’t give a f*** what you think of me,” she said.

An Instagram blogger, truecrime_jankie, posted the video clip on social media and Natalie received backlash from the TLC viewers. Most of the commenters believe that the Ukrainian star is just using Mike to maintain her green card. Some of the Instagram users found it unfair for Josh as the woman he currently dates is still legally attached to her estranged husband.

In other news, Natalie tries to work things out with her current beau, Josh Weinstein, following her confession to Mike. Viewers have seen Natalie reveal her feelings to Mike, but she failed to convince the man to reignite their romance. Now that Natalie and the Seattle resident are clearly over, the TLC fans were curious about her relationship with Josh.

Aside from her issues with Mike, the Ukrainian star also got several misunderstandings with Josh, like starting a family of their own. Recently, InTouch had a chat with Josh’s ex-wife, Candice, and revealed if her former husband is still seeing Natalie.

“I know they are still talking pretty often,” Candice stated. When asked about her thoughts regarding their relationship, she answered: “I need to spend more time with the two of them. I don’t love the relationship.”