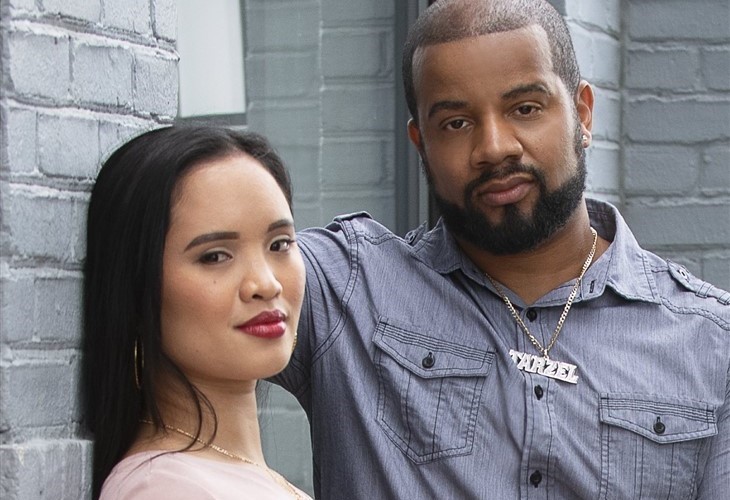 90 Day Fiance spoilers reveal that Tarik Myers and Hazel Cagalitan may be back together. They were very public about how they split up, about a month ago, but now it looks like they have worked things out. The couple didn’t really explain what happened and fans were thrown off by the posts that they shared on social media.

Tarik reached out to his fans and told them that he was still in love with Hazel and that they had communication problems. He took a video of himself taking down the flag from the Philippines that Hazel hung up in his home. He told fans, “Trust no one” as he did so. Then Hazel told her fans that she was being “emotionally abused” and started a GoFundMe in order to get a lawyer and get back to the Philippines.

Of course, fans thought this was all a scam for her to get money for the two of them and now it looks really fishy. From looking at social media, it appears that the couple spent Christmas together, even though Tarik said she had left the state.

90 Day Fiance Spoilers – Are They Back Together?

From the looks of it, Hazel has taken down the GoFundMe and they are following each other again on social media. Tarik also changed his Instagram bio back to say “Tarzel”, which is the nickname they have given themselves. The couple’s wedding photos are also back up on his account and it looks as if everything is fine now.

We have seen these two have a public fight before and now it looks like they could be following in the footsteps of Karine and Paul Stahele. These couples may be doing this for fame or clout, but after a while, it does get a little old. We are happy that they have gotten back together and hope the best for them.