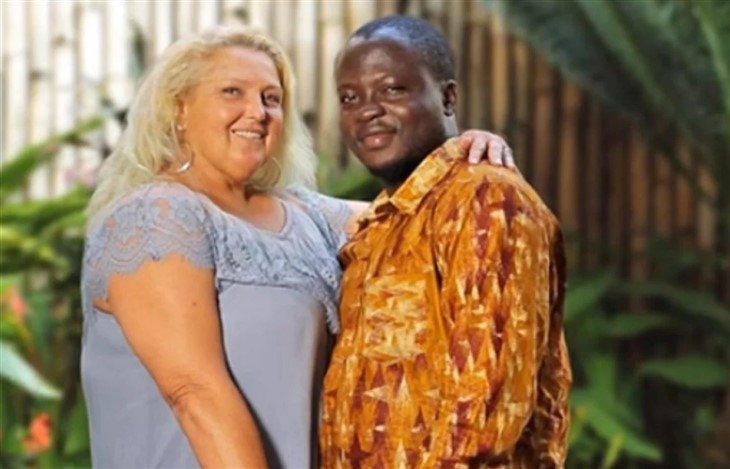 “90 Day Fiancé” star Angela Deem has shared a video on TikTok that hinted about her relationship with her Nigerian husband, Michael Ilesanmi, which made her fans worry about their real status.

Angela and Michael tied a knot in Nigeria last January 2020. The couple is in a long-distance relationship since Angela went back to the United States and Michael stayed in Nigeria while waiting for his spousal visa.

While the visa is still in process, Angela is busy flaunting her 100 pounds weight loss after her successful surgery. She recently celebrated her birthday in Las Vegas together with her daughter and “90 Day” co-stars, including Tiffany Franco Smith and Kalani Faagata.

The grandmother of six shocked her fans when she uploaded a TikTok video that hinted at something about her relationship. In the video, Angela used a green-eyed filter with a voice-over that says, “Are you single?” followed by the song “Candy Shop” by 50 Cents with the lyrics, “Yeah, uh-huh.”

The video gained lots of comments from fans asking about her status with Michael. One commented: “Angela, what’s going on again, what about our Michael? We’re in a state of confusion right about now, tell us something, Angela.”

Another one chimed in: “Angela, reply if you still love Michael.” Some fans felt relieved when the Georgia resident responded. She revealed she just forgot to change the music when somebody said: “If you are single, it’s by your choice, mama. You know you can have anyone you want!!!”

Despite the challenges of their relationship, the fanbase of Angela and Michael are still looking forward to the latter’s visa update and waiting for them to be reunited in the future.

Angela Deem recently responded to the negative comments on one of her Instagram posts calling her critic “dumb” and “irrelevant.”

Criticisms have always been present in Angela’s life since the day she joined the TLC show. With the unpleasant behaviors she showed on-screen, especially the way she treated Michael Ilesanmi, people have signed a petition to kick her out on the show.

Angela recently posted a selfie on Instagram informing everyone they can book her for appearances, and it wasn’t well-received by her followers.

Critics have flooded the comment section that irritated the TLC star. One commented, “Amazing the levels of people will stoop for money.”

Angela then responded with a laughing emoji: “Amazing how dumb you sound and will stoop so low and comment when your IRRELEVANT.”

Fans made her a laughingstock, pointing out how ambitious she is to think she’s already a celebrity that people will book her for appearances, when in fact, according to some followers she doesn’t interact with them, not even on the comment section.

But with the attention she’s getting both good and bad, isn’t she considered a celebrity? Be sure to catch up on everything happening with 90 Day Fiance right now. Come back here often for 90 Day Fiance spoilers, news, and updates.