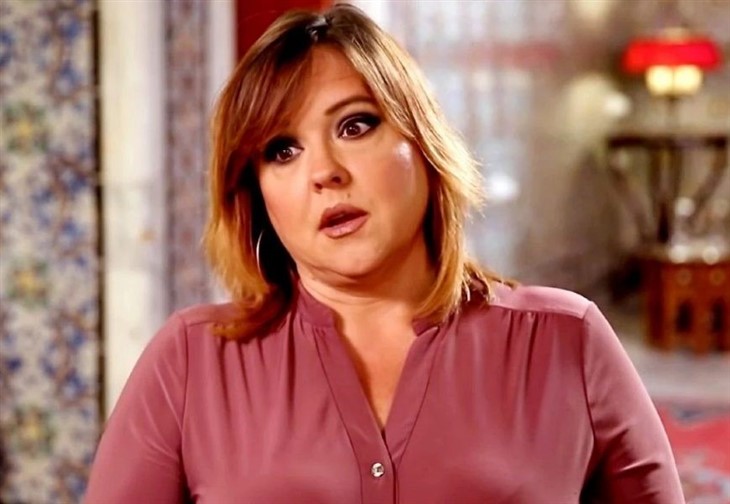 90 Day Fiance fans were very alarmed to hear that Rebecca Parrot experienced sudden worrying health symptoms about three days ago. Well some of them suggested that she sees a doctor before rushing to describe her problems on social media. Now she posted a happy birthday post to Zied’s mom, fans seem angry because there was never any feedback about her health.

You might argue that Rebecca’s health is her own business. However, when she took to her Instagram last week, she seemed terrified. In her video post on Instagram, she told her fans that she ran some errands. However, when she returned home, she started shaking very badly. In fact, she couldn’t even open a drink. Illustrating her problem, she showed fans that she couldn’t even open a box of pills to take something for her “splitting headache.”

The symptoms that the 90 Day Fiance star described could fit a number of health conditions. So, fans tried to tell her what the problem might be. Meanwhile, others surged her to get to ER as soon as possible. Plus, some fans wondered why she wasted precious time on social media when she was clearly not very well at all. Notably, all of them seemed very concerned about her health. Out of caring and empathy, they responded to the dramatic post. However, no feedback arrived and fans seem pissed about that.

Taking to her Instagram on Sunday, March 6, Rebecca shared a post that had nothing to do with her health. Instead, she sent birthday greetings to Zied’s mom in Tunisia. Her message read, “Happy Birthday to my mother in Tunisia. I love you and wish you have a beautiful day ❤️❤️.” Naturally,  some fans wished her a happy birthday. Well, fans who saw the previous post about Rebecca’s ill health started commenting.

One 90 Day Fiance fan asked, “Are you feeling better??” Well, that was completely ignored by the TLC star. Then, another fan asked, “How are you feeling Rebecca?” This question also arrived: “Rebecca, please tell us how you are doing after your experience.” Well, that also went unanswered, which started annoying those people who actually cared. A few fans who didn’t know about the ill-health post wondered what was wrong, so some fans explained what happened.

As the 90 Day Fiance star took her problem to social media, some folks feel upset about the lack of feedback. Slamming her, one fan wrote, “she chooses to go on social media first before getting any medical attention and act as nothing happened.”

Then another person, who seemed particularly irritated commented, “I’m guessing this is your way of telling fans that actually worried/concerned about you due to your post before this that we shouldn’t waste [our] time on ever doing so again!?”

One angry person actually claimed they unfollowed the TV star. What are your thoughts? Sound off in the comments below.

Be sure to catch up on everything happening with 90 Day Fiance right now. Come back here often for more  TLC spoilers, news, and updates.

Days Of Our Lives Spoilers: Bonnie Pitches In To Make Nancy Feel Better About Herself, Gives Her A Makeover