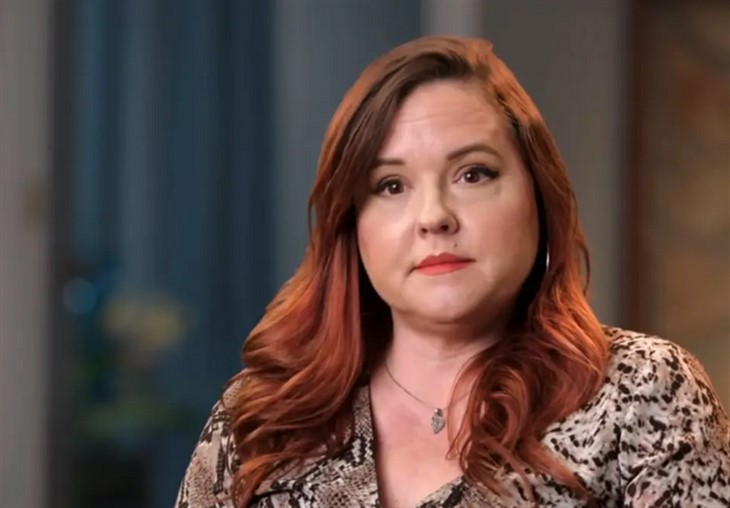 90 Day Fiance spoilers reveal that fans are very concerned about Rebecca Parrot after she revealed that her apartment had been broken into. She recently made a TikTok video about how her apartment was broken into while Zied Hakimi was out of town. Her video was very intense and she did go into some great detail about what happened.

On TikTok, Rebecca opened up to her fans about what happened to her. She said that someone was standing at her bedroom door and it wasn’t Zied. Rebecca ended up going to her friend’s apartment, which is three doors down. She was terrified. She told her fans, “I was there for about an hour. Zied started a job tonight where he’s working at night… just helping out a friend. So I lock the door, come back and in, and then I decide, ‘You now what I’m gonna make sure that the door is locked because I’m freaked out.’”

When Rebecca got back into her bedroom, she thought she heard a noise and it could have been her cats. It wasn’t. It was a strange man in her place! She ended up grabbing her knife and thought that they heard her and that is what made them leave. No matter what happened, it was horrifying!

On her video, Rebecca told her fans that it was difficult for her not to throw up out of sheer fear of someone still being in her apartment. There were some fans that thought that the man in her place could have known that she would be alone and that he had been watching them and knew the right time to strike. There were others wh simply consoled her and told her that she would be just fine.

Rebecca has since gotten a security system installed and is feeling much safer now with that at the apartment.