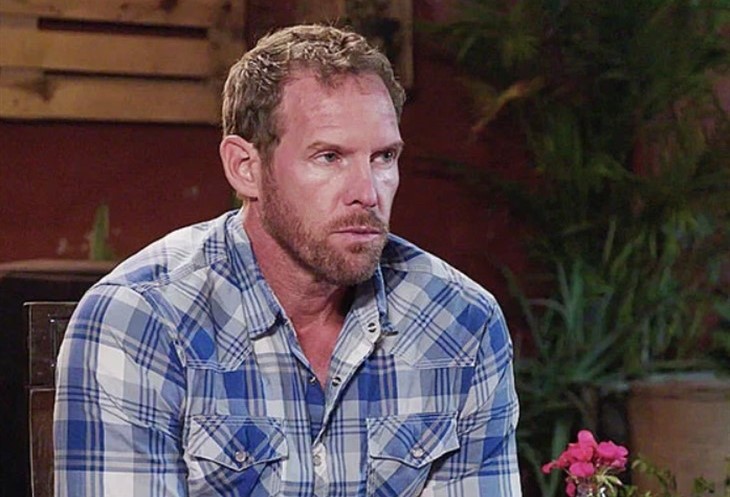 Had there ever been a cast member on 90 Day Fiance that brings so much mystery to the TLC show, as Ben Rathbun?  Every passing day, more and more questions arise about him and his girlfriend, Mahogany Roca. Now, a new photo emerged that increased the list, and fans begin to wonder just what the heck is going on with him.

Fans just cannot get their heads around Ben and Mahogany. Actually, it goes far deeper than the initial impressions that he might have been catfished. So many questions about the couple arise, that it’s almost impossible to hunt down the answers in a single day. That’s if there are actually any real answers that fit the man. TLC fans might actually miss the days of Anna Campisi and Mursel, Ashley Martson and Jay Smith, and Anfisa and Jorge Nava.

At one stage or another, they all faced allegations that they did the show for the wrong reasons, but they didn’t seem nearly as complicated as Ben Rathbun. The list of questions about the 90 Day Fiance newcomer just never seems to end. Actually, the questions as to the reality of Usman’s ex-girlfriend, Zara pale by comparison next to the latest mystery unearthed about Ben.

The questions have been discussed in some depth on the Instagram account 90 Day The Melanated Way. They range from whether Mahogany and Ben are together, through to the age of her parents, and whether she’s even Peruvian at all. Now, a new question pushes the one about the AirBnB aside. Who is the mystery woman that he seemed to have married in 2019? The admin asked, “This is definitely not the ex girlfriend we met this season, nor is it his ex wife of 20+ years. So, a new wife? Y’all, WHAT IS REALLY GOING ON???”

The photo about the 90 Day Fiance couple originated on Reddit, where it seems enough sleuths hang out to take over the FBI. The caption continued, crediting a Redditor. It read: “iloveyoumwah found this Facebook page with what looks to be Ben and a different “wife” from 2019???.” Naturally, plenty of people put their thinking caps on to try and figure out the latest mystery about Ben.

The hyphenated names definitely freaked out TLC fans who applied their minds to the new addition on the questions list.

One 90 Day Fiance fan commented, “Poor Amy. These relentless 90 day fans will have her life story on social media within the next few hours 😬.” Well, that seems rather praiseworthy, but true. After all, the media often wouldn’t even have a story without the efforts put in by Redditors.

In response, one unsympathetic fan replied, “Ain’t no poor anyone, except maybe us, cuz we all know they are getting paid, one way or another…Well maybe not Mahogany cuz let’s face it, her acting skills plain ‘ol s–k & definitely ain’t worth even a dollar 😂🤷🏻‍♀️ Just saying.”

What are your thoughts about the latest mystification? Sound off in the comments below.