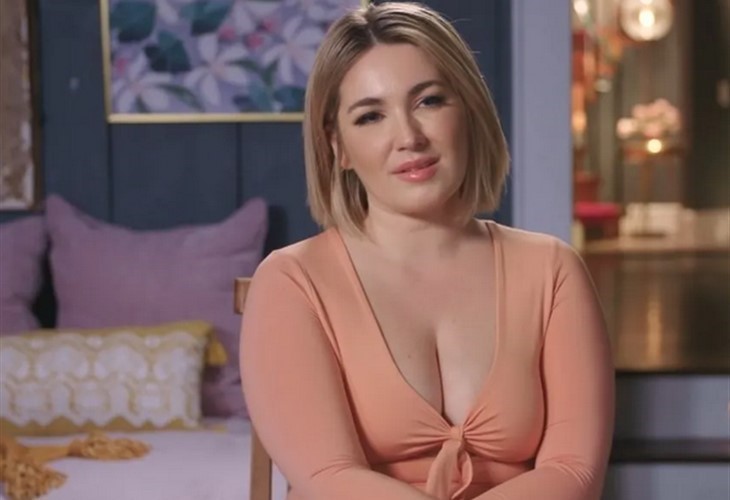 90 Day Fiancé star Stephanie Matto, 31, was recently interviewed on The Domenick Nati Show. She spoke about her return to the franchise in the discovery+ show, 90 Day: The Single Life. However, the conversation soon turned, with Domenick asking Stephanie if the reality show is staged – something fans have wondered about for the longest time. She opened up, admitting that “it is a little bit manipulated.”

After her failed relationship with Erika Owens on 90 Day Fiancé, Stephanie Matto is back in the dating pool on 90 Day: The Single Life. In its second season, the discovery+ show features a number of 90 Day Fiancé cast members whose relationships ended in disaster and who are once again looking for love.

On the reality show, we get to see the singles venturing out anew into the world of dating and the ups and downs they experience on the dating scene. However, as with all reality shows in the franchise, fans aren’t completely convinced that everything they see is, in fact, “reality.”

After discussing her bisexuality and her relationship with Erika Owens, host Domenick Nati flat out asked Stephanie if the show is staged. During their chat, she does spill a little tea. While she didn’t actually admit that The Single Life is staged, she did confess that producers do try to steer cast members in a certain direction. In other words, they gently push cast members to do and say certain things for dramatic effect.

Meanwhile, the 90 Day: The Single Life star made it clear that this won’t always work with her:

“I am just showing up to the day of filming and I’m doing whatever I wanna [sic] do and I will not do anything the producers want me to do,” she said, adding, “And if they ask me to do something… if I don’t wanna [sic] do it, if it’s not something that I would do, I won’t do it.”

During the interview, Stephanie shared more details about what happens behind the scenes on 90 Day: The Single Life. She admitted that producers do sometimes try to push cast members in a certain direction and gave a couple of examples.

“Yeah I guess sometimes you know with alcohol, suggesting to you things to talk about during like dinner for example, like ‘hey you should mention that…’ so it is a little bit manipulated,” she admitted.

However, she also noted that producers often suggest uncomfortable topics for them to discuss during their dates. Stephanie added, “and it’s like okay that’s what’s expected of me tonight, that’s what I will do.”

Meanwhile, she added that normally, these are not conversations she would want to be having with someone three days after meeting them for the first time.

Readers can watch the full interview on The Domenick Nati Show in the video included here:

90 Day: The Single Life drops on discovery+ on Fridays.

Days Of Our Lives Spoilers: Allie Is Thrown By Chanel And Johnny’s News