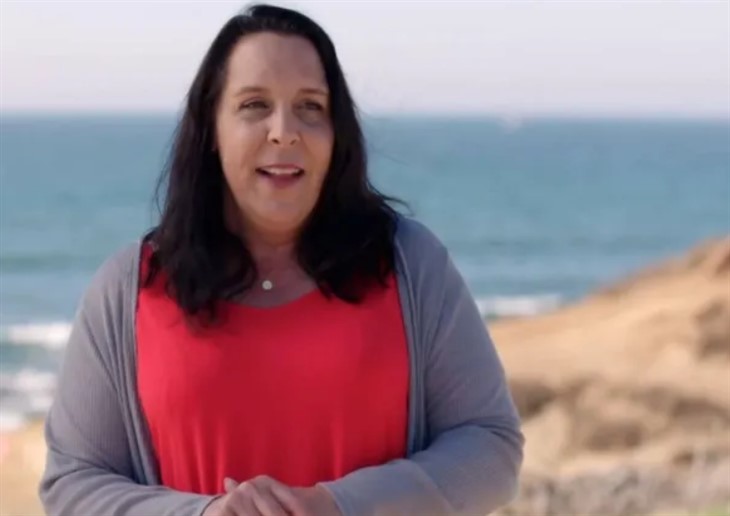 A sneak peek into Sunday’s episode of 90 Day Fiancé: Before the 90 Days reveals that Kim Menzies and Usman Umar have different ideas about how to spend time with each other. As they sit down in a restaurant, Kim invites Usman to give up his hotel room and move in with her. This didn’t go down well with the Nigerian rapper at all.

Kim has been by Usman’s side the whole time as he made his music video in Tanzania, but now she is getting impatient. In a teaser video for the episode of Sunday, January 23, the San Diego native tries to speed things up in their relationship.

As they seat themselves in a restaurant, Usman says how tired he is, as they have both been so busy. Meanwhile, Kim asks him, “Now that your video’s over and stuff, so is this how it’s going to be now, like every day?” She asks if they are going to be hanging out, “doing different stuff?” Usman’s reply is positive, as he says, “Yeah, we’re always together right?”

At this point, Kim tells Usman that she thinks the more time they spend together, the better. She asks him, “You know I came here to watch you and your video, but I came for another reason too, you know what I mean?”

The TLC reality star continues, saying that they have to get to know each other, so she thinks he should give up his hotel room and give it to someone on his team. Usman is completely thrown off guard by this, and says, “Wait, wait,” but is interrupted by Kim. She insisted, saying “I really want you to stay with me, I really do.”

A shocked Usman replies, “In your room?” He says he doesn’t understand. The Nigerian rapper was thinking they should be in the same room after they decide to be together as boyfriend and girlfriend.

“But what if we don’t decide that until the last day, then what?” Kim asks, adding, “That’s so crazy.”

90 Day Fiancé Spoilers – Not On The Same Page

Menzies realizes that she and Usman are definitely not on the same page and adds, “Never mind.” Usman replies, saying “Wait, now you’re getting p*ssed about this.” After arguing for a while, Usman tries to get his point across.

“We all agreed that you are going to stay in your hotel room and I will stay at my own hotel room,” he says.

Kim then starts doing a “Baby Girl” thing, by saying she agreed to that because that was what he wanted and she respects that. However, she added that Usman needs to also respect her rules.

“You want things to be done in your own way, that was what happened with my last relationship,” Usman replies. “I don’t want to say this, but I feel like you are just trying to grab something and go back.”

Kim starts getting a little agitated, saying, “Wow, is that what you think? Really?”

While Kim claims she only wants to spend more time with him, Usman feels that she is “rushing” into their relationship. However, she responds, saying “We only have this time and I keep saying that and it’s not like I’m begging you for s*x or any s*** like that.”

Sojaboy’s response is firm. He says she knew he didn’t want to, from “day one.” That was why he told her she should get her own room and he would get his own room. Kim, obviously upset, just tells Usman to “forget it.”

Readers, do you think Kim is being too pushy with Usman, especially after his last experience with Lisa? Alternatively, is Usman only doing the TLC reality show again for more international exposure? Let us know your thoughts by commenting below.