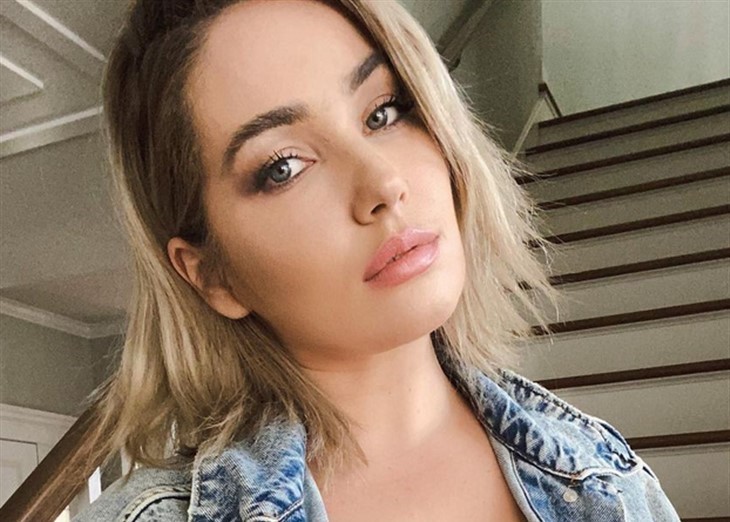 The unusual business practices of 90 Day Fiancé alum Stephanie Matto have drawn lots of money, but no love from her family or TikTok.

90 Day Fiancé alum Stephanie Matto has made more than $200K selling her farts in jars and her boob sweat in bottles. While she openly brags about the money she is making from selling her biological products, she has been shunned by her family. Meanwhile, the former TLC reality star says she has also been kicked off TikTok over her bizarre business practices.

Recently, she posted a video on Instagram, where she talks about how much money she has made from selling her farts and boob sweat. She captioned the video, “It ain’t [sic] easy being Queen I have more haters than I can count! But I never quit and I never stop! Follow my new tiktok account @ stephaniematto! I am like the terminator #illbeback”

Over the video was the caption, “Selling ta ta sweat and $1,000 toot jars has gotten my 130k tiktok account removed, shame from my eastern European family, and landed me in the hospital with a fart attack,” adding, “Sometimes I wonder if its all worth it???”

Matto, 31, first announced the news of her farts in jars in December after she earned $50,000 in just one week on her adult subscription site, Unfiltrd. She added that she received messages daily from people wanting to buy the jars. More bizarrely, some people wanted video footage of her making her expensive product.

However, eventually, Matto stopped selling farts after experiencing a heart attack scare. She had been overdoing things with the types of food that generate the best farts and simply had a really bad gas attack.

It seems nothing is holding Stephanie back when it comes to selling her biological products, as she started selling bottles of her boob sweat, earning an amazing $5,000 per month. According to Matto, it only takes 15 minutes in the pool on a sunny day to produce a jar full of breast sweat, which makes it very easy money.

However, when she lost her TikTok account, with 130K followers without warning, she was devastated. She said the streaming platform has not responded to her requests for comment. Meanwhile, she also added that she knows plenty of creators doing much worse than her, and showing much more skin.

Under TikTok’s community rules, members are prohibited from videos containing nudity and sexual activity, where “breasts, genitals, anus, or buttocks, or behaviors that mimic, imply, or display sex acts.”

However, she also added that her mother, who lives locally, is OK with her practices. However, her extended family in the Czech Republic is completely shunning her and giving her a tough time. They told her they don’t want anything to do with her business and so she shields them from it.

In the 90 Day Fiancé alum’s latest Instagram post from Friday, she writes, “What so little people see is that the farts, the sweat, are all just smoke and mirrors.”

“I work my ass and tittays off every day on building a life for myself because I never grew up with opportunities just handed to me. Everything I have I bought and built on my own. In time the world will see that. For now, stay mad. As readers can see, she ended her clip with a charming hand signal.

In the meantime, Stephanie has urged her many fans to follow her new TikTok account at @stephaniematto. Hopefully, that one won’t also get shut down.