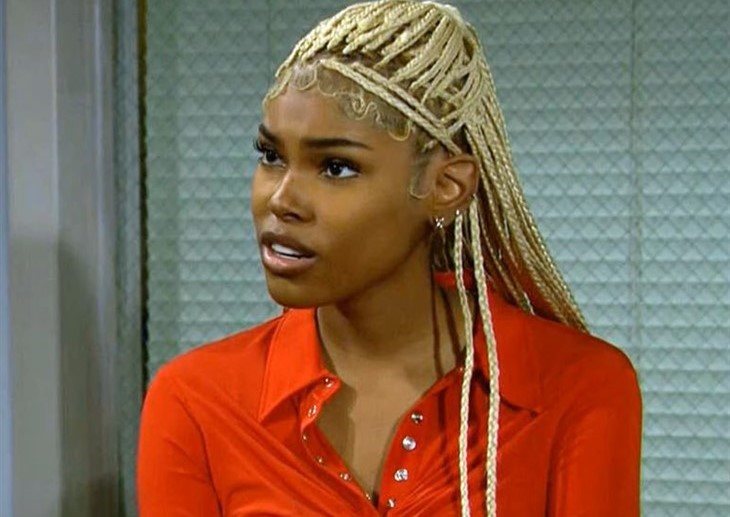 The Bold and the Beautiful (B&B) spoilers document that Paris Buckingham (Diamond White) is teased to accept Carter Walton’s (Lawrence Saint-Victor) marriage proposal. A positive union is likely if it began independent of a link to Quinn Fuller (Rena Sofer).

Carter and Paris are a positive couple. His desire to start a family and awareness of Paris’ commitment to him project toward a good start. But their connection is fragile and, as viewers are likely to see reinforced, mostly one-sided.

But viewers know that Carter is actually in love with Quinn. He is opting to revisit Paris’ recent offer to be with him as a psychological block, believing that Quinn will be with Eric Forrester (John McCook) indefinitely.

Te Bold And The Beautiful Spoilers – Eric Forrester Is Busted

Pickleball has not been played at the club in recent weeks, as Quinn and Bridget Forrester (Ashley Jones) will be stunned to learn. But what they see in a room at the club will prove most shocking.

Eric and Donna Logan (Jennifer Gareis) will be found together. Their frolicking will leave Quinn dismayed. Bridget will also not anticipate seeing her father with someone other than his wife.

Paris came to care for Zende Forrester Dominguez (Delon de Metz). But she did not come to love him.

Carter was different. Yet, Paris knew he retained a place in his heart for Quinn.

But love being what it is, Paris convinced herself that Carter’s mind can be changed. So, she decided to believe that Carter would come to love her, which made his recent proposal an apparent realization of a hoped-for reality.

The Bold And The Beautiful Spoilers – Carter Walton And Zende Forrester Dominguez At Odds Again?

Paris is not initially aware of the developments at the club. She and Carter will learn of them, and those scenes will disrupt whatever is between them.

Zende decided to let Paris go. He was not in a committed relationship with her and felt that Paris’ feelings for Carter went deeper than whatever she felt for him.

But Zende will likely call his strained friend, Carter, out if he backs out of the engagement to Paris so soon after offering her the ring Quinn created. Carter may not be taken kindly to that, with a confrontation becoming possible on B&B.

Y&R Spoilers: Victoria Is Ready To Trick Them All