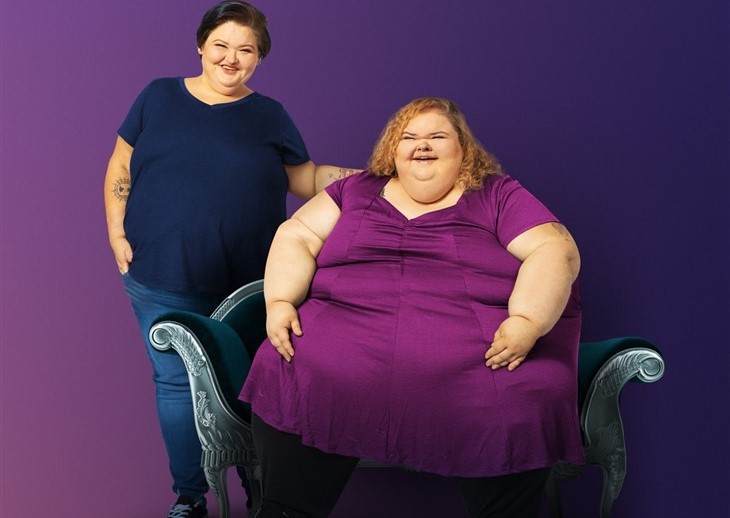 1000-Lb Sisters spoilers reveal that fans of the show are pretty nervous that TLC will cancel the show. There have been plenty of rumors that Amy Halterman may not want to do the show anymore and that Tammy Slaton is back in rehab and trying to work on her health again. These rumors are all over the web, but are any of them true? Will the show be canceled because of the sisters?

There have been sources coming out of the woodwork to talk about the sisters and what is next for them. We all know that Amy is still building her family and this has caused her weight loss journey to be a little scattered. She has told her fans that when she is filming the show, she actually feels like a bad mother. She feels that the amount of time put into the show isn’t fair to her family and she has said that she would rather just be on an episode here and there and not full time.

A source close to Tammy told the press that Tammy is now working on a book deal, so will she need the show anymore? Fans have been very upset that she has not lost that much weight since the show began and that is what the show is all about. Will she be able to lose weight or has she just given up? Her book, apparently, will focus on her side of the story and her journey and ways to raise awareness about body positivty.

When it comes to the sisters, they pretty much have endless options when it comes to telling their stories. Being on the show has already helped them get into the spotlight and make a little extra money. It looks like they may be straying from the idea of being on the show and this could be why it ends. There are many theories from fans, but we will just have to wait and see if TLC decides to keep the sisters on or cancel them.