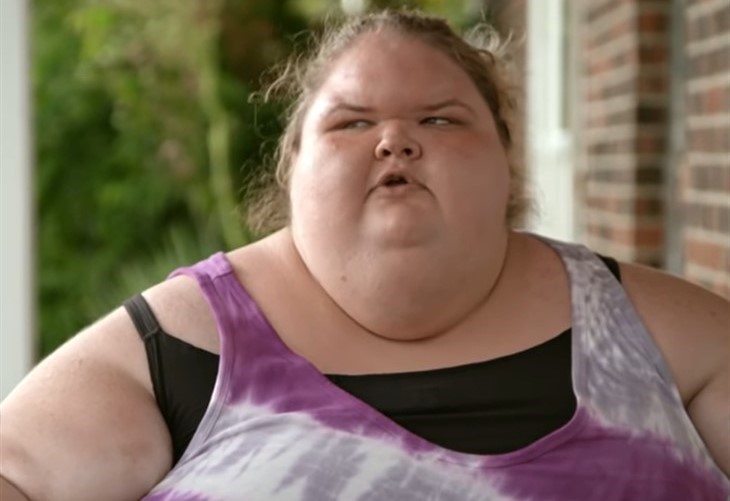 1000-Lb Sisters spoilers just offered some new insights into Tammy Slaton’s whereabouts. Her followers have worried because the reality TV star suddenly stopped posting on social media. But now Tammy’s sister Amy Slaton Halterman explained why her sibling has gone missing from both Instagram and TikTok.

And Amy’s insights also offer some reassurance to worried fans. Find out what Amy said about her sister’s sudden silence on both Instagram and TikTok. Get the latest 1000-Lb Sisters news below.

For several seasons, 1000-Lb Sisters fans have followed Tammy Slaton on Instagram and TikTok. And many enjoyed the reality TV diva’s frequent postings, from dancing to spilling the tea. As a result, when Tammy suddenly went silent, fans worried.

But now Amy Slaton Halterman has offered an explanation. And she reassured concerned followers that her sister seems fine. As for why Tammy stopped posting? Amy gave two reasons.

In a dialogue with fans on her own Instagram, Amy responded to a fan’s question. “Is your sister okay? She hasn’t posted in a while,” wrote the concerned follower.

And showing why she has become a fan favorite, Amy quickly responded. “Yes,” shared the 1000-Lb Sisters star in response to the question about whether Tammy is all right. But she also clarified why Tammy stayed silent on both Instagram and TikTok. First, Amy explained that Tammy got locked out of Instagram. And second, she shared that TikTok had banned Tammy.

As a result of Amy’s responses, fans rushed to comment. Several thanked the 1000-Lb Sisters star for taking the time to explain. And others expressed disappointment. For instance, one wrote, “Oh no! That’s too bad.”

But many wanted more details. And they asked exactly why TikTok had banished Tammy from posting. However, Amy did not offer an explanation.

The current TikTok ban follows several such incidents. And Reddit 1000-Lb Sisters followers have several theories. For example, one wrote, “I think it was suspended because she was vaping weed or something on camera?” But others suspected that Tammy may have violated promotional or advertising policies on TikTok.

“I thought it was because she was a scammer,” theorized one 1000-Lb Sisters follower. And another mused, “I wonder if her not doing the Cameos she got paid for got her booted off.” However, some slammed both Tammy and Amy.

Those annoyed with the 1000-Lb Sisters stars questioned their desire to make money beyond their appearances on reality TV. And one warned that if Tammy advertised merchandise or other products on TikTok, she could get banned. But one got blunt. “What is it with these sisters and their shady dealing? Even now, with their own TV show, they have the need to scam people,” complained the critic.

Tell us what you think. Do you hope that Tammy Slaton returns to posting on TikTok and Instagram? And after you share your views, check back on our site for more reality TV news.

Days Of Our Lives Spoilers: Shawn Gets Closer To Jan, Belle And EJ’s Big Mistake