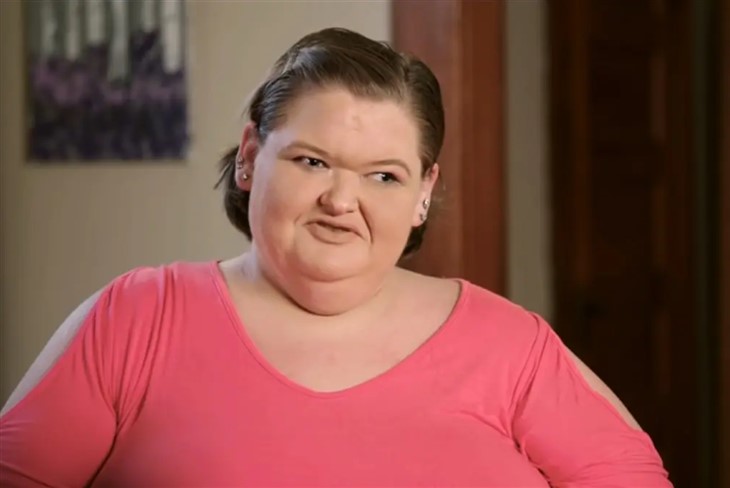 1000-Lb Sisters spoilers reveal that Amy Halterman has started to have Braxton Hicks contractions. She is pregnant with baby number two and her fans are excited to see the new baby. It isn’t quite time for it to be here yet and that is why they are also showing some concern.

For anyone who has had a baby before, you probably know that Braxton Hicks contractions are pretty normal. Now that Amy is around 31 weeks in her pregnancy, she has told her fans that she is having Braxton Hicks contractions. She told her fans that her unborn son is now about the size of a coconut and weighs in at around four pounds already. She said that he has been turning his head and moving his arms and legs while in the womb. He has been moving around a lot and she can really feel it.

The newest update on her baby was shared on Instagram and she wrote to her fans that she has the “Braxton Hick part.” She also added a photo of a coconut and the length and weight of her baby. Her fans were happy to see her check in and love when she shares the smallest updates with them. Her pregnancy is pretty much on schedule and she has said that her baby is healthy, according to her doctors.

There is one thing that fans of the show are concerned about. The show began as a way to follow the sisters on their weight loss journey, but it looks as if Amy tried to lose weight and then ended up getting pregnant. Some say that she is avoiding losing the weight by getting pregnant back to back, while others think that she will lose the weight after she has the second baby. There are many theories about her and her sister losing weight, but right now, we are just happy that her pregnancy is going well.