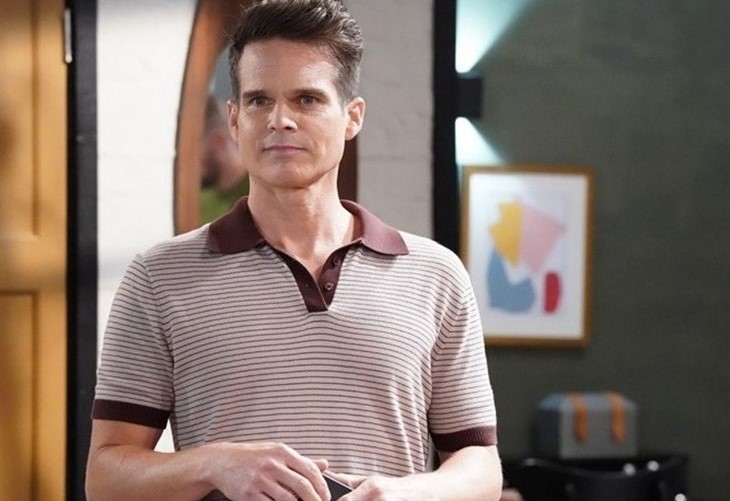 Days of Our Lives spoilers tease that Leo Starke (Greg Rikaart) is out for revenge on everyone who had a part in his disastrous failed wedding to Dr. Craig Wesley (Kevin Spirtas). He already leaked a story insinuating that Chad DiMera (Billy Flynn) is secretly gay and cheating on his wife Abigail DiMera (Marci Miller). The story wasn’t false or libelous though because Chad did pretend to be attracted to Leo in order to get Craig to leave him. Chad is facing quite a bit of negative press because of Leo’s article. But the person Leo really wants to get back at is Sonny Kiriakis (Zach Tinker)!

Days Of Our Lives Spoilers – Sonny Kiriakis Relentlessly Worked To Get Revenge On Leo Stark.

Sonny and his husband Will Horton (Chandler Massey) returned to Salem as soon as they heard about Leo and Craig’s relationship. They tried to talk to him together, but Craig didn’t care what they had to say. Eventually, Will had to return to his job in Arizona, but Sonny stayed behind because he couldn’t stand the thought of Leo and Craig being happy together. Sonny claims his feelings are all about revenge, but the way he was acting was almost like a jealous lover. Regardless of Sonny’s motives, he and Chad were able to find a way to stop Craig and Leo’s wedding, and break them up for good!

Sonny received a package that he believed was from Will that contained cookies. But really, it was Leo who sent them. Sonny happily ate the treats even as Leo showed up with a fruit basket. Sonny thought the fruit was poisoned but just then received a text from Will warning that he didn’t send Sonny anything. A drugged Sonny then passed out at Leo’s feet. When Sonny wakes up, he will have no recollection of what happened while he was drugged.

Days Of Our Lives Spoilers – Did Sonny Kiriakis Sleep With Leo Stark?

Eventually, Sonny will receive hints from Leo and possibly others that he cheated on Will that night. Whether it was with Leo or someone else remains to be seen. The truth is that Sonny may not have done anything but he won’t remember and Leo will eventually show him proof of some sort. But then the question becomes if Sonny will tell Will that he might have been unfaithful? If he was drugged it wouldn’t be his fault but if he willingly keeps it a secret and lies to Will about it, it could potentially end their marriage!

Did Sonny sleep with Leo or someone else while he was drugged? Or is Leo going to trick Sonny into believing he was unfaithful? Will Sonny tell Will that he might have cheated? Anything can happen in Salem so stay tuned to Days of Our Lives airing weekdays on NBC. And don’t forget to check back right here regularly for all your Days of Our Lives news, information, and spoilers!