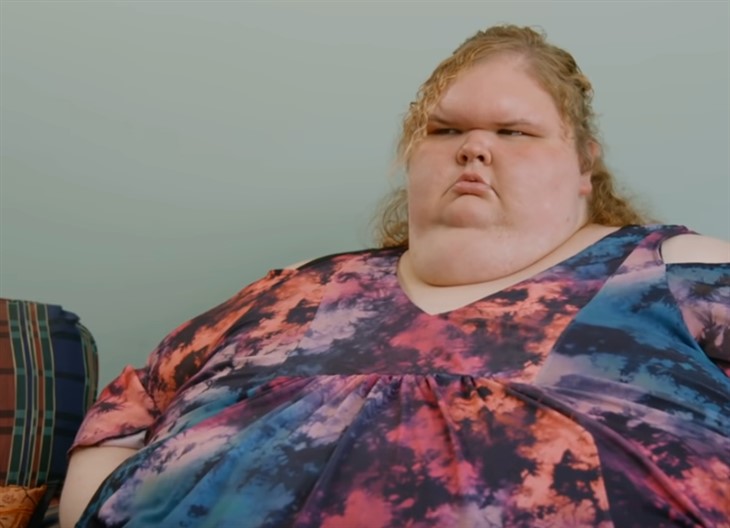 1000-Lb Sisters fans feel very concerned about Tammy Slaton because she seems so mysterious these days. Bear in mind, in the last season on TLC, she actually quit breathing and ended up in hospital in an induced coma. But, are fans saying untruthful things just to try and cheer her on? Read on to find out.

Remember that TLC fans saw Amy’s sister drinking and vaping and living life on the edge? Since then various spoilers suggest she went to rehab and lost weight. However, other theories suggest that she might have opted out early again. And, once again, she seems way too interested in boyfriends rather than her health. Recall, she told her doctor that she didn’t bother with keeping a journal because her last boyfriend upset her.

1000-Lb Sisters fans think that Tammy Slaton and her sister Amy Halterman run an Instagram account. Notably, Tammy often seems to have been taken down on social media in the past. Once, fans pondered whether Tammy is just conning them with throwback photos. But, a deeper look at the account reveals that it’s not run by the TLC stars.

On August 16, the Instagram account that is not run by the two TLC stars shared a photo of Ms. Slaton. And, this is not about body-shaming. But, when you see it, you might not agree that she looks “fantastic.” How do we know that it’s not run by the two sisters? A scroll down to the very first post mentioned that it’s a fan account. But, most people think that the TLC stars run it. Here is the latest photo:

1000-Lb Sisters fans commented on the photo and here’s a small sample of them:

Good to see you Tammy looking good! Patiently waiting for the show!!! ❤️

Hi from England. You are looking good today.

How much have you lost? Looking amazing!

One TLC fan asked someone who claimed that Tammy Slaton looked so good, “Really?” And that’s actually a very good question. In the photo, if people are totally honest, she seems to look swollen, sweaty, and very much in the larger bracket.

One of two things could be happening. Firstly, 1000-Lb Sisters fans might genuinely hope that by giving her positive responses, she keeps on trying to save her own life.

Alternatively, many of them could be “bought” comments. There are sites that exist where folks can swap links. That earns people reciprocal shares. Sometimes, members of the groups must comment or follow on social media to earn points.

What do you think? Lies to encourage her, or bought comments? Or both? Sound off in the comments below.