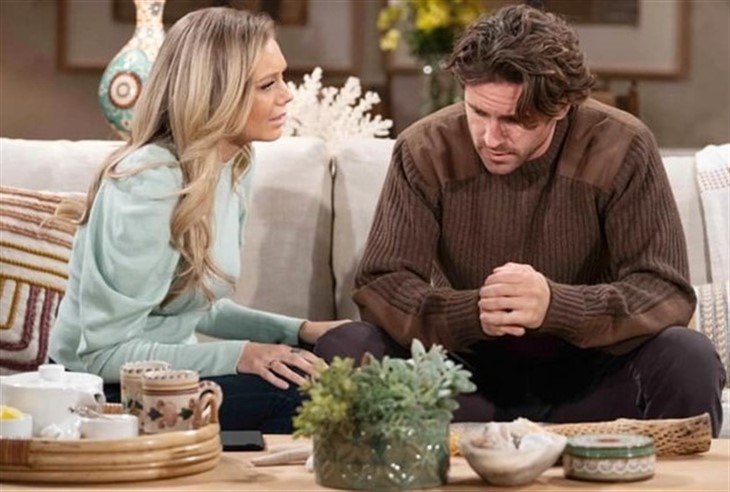 The Young and the Restless (Y&R) spoilers for Monday, December 6, 2021, reveal Abby wanting to forge on with her life with Chance by doing something he very much does not want to do.

Abby Newman Chancellor (Melissa Ordway) is thrilled that she can bring Chance Chancellor (Conner Floyd) home to meet his son and when he does, it’s a dramatic moment. He feels guilt for not being there for the pregnancy and not protecting Mariah Copeland (Camryn Grimes), who did this amazing thing for them and went through so much.

He also doesn’t like learning that Nikki Newman (Melody Thomas Scott) is throwing a party in honor of his safe return. He doesn’t want to go and deal with people but Abby insists it will be fun and she needs to go on living her delusional little happily-ever-after life. While his friends and family are thrilled to have him home, is Abby making a bigger mistake than she realizes by insisting he go to this party?

The Great Victor Newman (Eric Braeden) is not happy to notice a newly-married Victoria Newman (Amelia Heinle) backsliding into the world of Billy Boy Abbott (Jason Thompson). She actually feels sorry for him and wants to offer him a way out and Victor feels the need to warn his daughter not to do it.

She may be married to Ashland Locke (Richard Burgi) now but she can still never get Billy off her mind despite how toxic their relationship has been. And Billy brought his own self down once again by obsessing over Victoria and her new choice of husband. Why would she even want to help him at this point?

The Young And The Restless Spoilers – Victoria Newman Has More Drama

Nick Newman (Joshua Morrow) also completely meddled in Victoria’s life when he went digging for stuff on Ashland just as Billy did. But Nick is her brother and when she comes to her with an olive branch finally wanting to make amends, will Victoria accept his apology or continue to be resentful of him and the trouble he caused?

Well, if Victoria can feel bad for Billy, she can certainly muster up some sympathy for Nick, right? Stay tuned to The Young and the Restless weekdays to see how these stories play out.