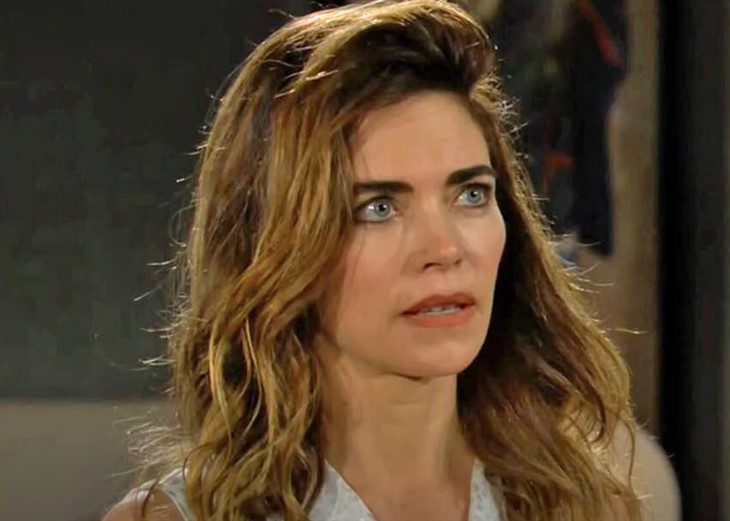 The Young and the Restless (Y&R) spoilers for Friday, October 8, 2021, reveal Victoria’s wedding is about to begin. Is she finally, finally having second thoughts?

The Young And The Restless Spoilers – What Will Victoria Neman Do?

Victoria Newman (Amelia Heinle) seemed pensive to her mother, Nikki (Melody Thomas Scott), who asked her if she can really go through with this wedding considering that her fiancé has a new secret to reveal every other minute. Victoria just seems to want to get this wedding over with, so when the wedding day arrives, she is ready — but she is still pensive?

Is Victoria mulling over everything she’s learned about Ashland Locke (Richard Burgi)? Does she realize there are still so many things she still has to probably learn about Ashland? Is this something Victoria can do in the end? Well, everyone has arrived in Tuscany for these nuptials and Victoria is still defending Ashland, so it looks like she really will go through with this.

Nikki and Victor Newman (Eric Braeden) have a lot to debate before Victoria walks down that aisle. Nikki is sure Victoria is making a mistake and Victor is sure he has to keep secrets until the very end. While Victor seems to be more supportive of this wedding than Nikki, looks can often be deceiving. Will it be Victoria’s parents who end up stopping her from making a massive mistake?

Mariah Copeland (Camryn Grimes) has been trying to live with the fact that Abby Newman (Melissa Ordway) basically wants to cut her off from Dominic and Tessa (Cait Fairbanks) does not want to have a baby with her. Mariah was clearly more traumatized than anyone realizes all those weeks she was locked up and nobody thought to even look for her and it seems she may be going off the deep end.

She’s also been in a bit of a manic state of late and on Friday, that manic state may be what causes her to have a huge surprise for Tessa. Considering her last surprise was an idea for Tessa to get pregnant, we think Tessa better brace herself. Stay tuned to The Young and the Restless weekdays to see how these stories play out.