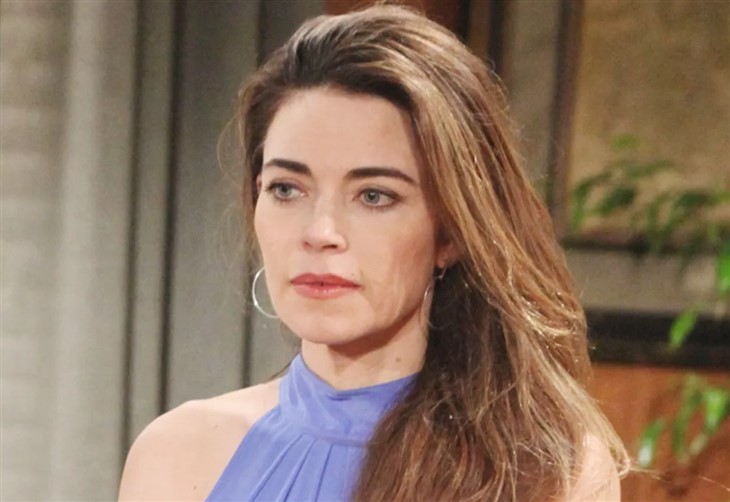 The Young and the Restless spoilers document that Victoria Newman (Amelia Heinle) quickly fell in love with Ashland Locke (Richard Burgi). It is fair to point out that a reason why Vashland exists is because Ashland isn’t Billy Abbott (Jason Thompson), rather than simply citing the health crisis.

Billy is wild and reckless. Ashland is assertive and calculating.

Victoria had to take care of Billy’s mostly invented problems. Ashland is dying of cancer, which obviously represents a real problem.

Sure, Ashland reminds Victoria of herself and to an extent, her father. But Burgi’s alter ego is a unique, self-made man.

Ashland made no attempt to hide his admiration for Victoria. He turned her down, along with Billy, where the Cyaxares sale was concerned. But that proved to be a drop in the soapy money bucket.

The real deal is the Locke Communications Group merger with Newman Enterprises. Ashland’s agreement, in allowing that to happen, served as the deepest possible affirmation of his respect for Victoria’s business acumen. It also underscored the full trust he has in her to protect his legacy.

What happened to Delia Abbott (Sophie Pollono) impacted Billy’s life in a profound way. No one should ever knock him for how he’s handled that infinite sadness.

Billy lacks confidence and compensates for that reality in various ways. He has acted in boyish ways many times through the years. The detrimental effect that he often had on Victoria is what sparked Victor Newman’s (Eric Braeden) wrath and led to the nickname, Billy-boy.

Victoria had to take care of Billy on so many occasions that it became her mental default position. She had to handle him firmly. She was the responsible one in their relationship when he often wasn’t that.

Ashland has approached his terminal diagnosis with bravery and now, based on Victoria’s influence, an agreement to pursue whatever treatment is available.

Being drawn to a person who is accomplished and also values what she does in life are natural aphrodisiacs. As they’ve said, it’s a shame Vashland didn’t form years ago. But they have now and are an instant power couple.

Victoria and Ashland have fallen hard for each other. Both halves of Vashland are appreciative of the time they have together. If all goes well or better than expected, this couple could be a towering pair indefinitely.