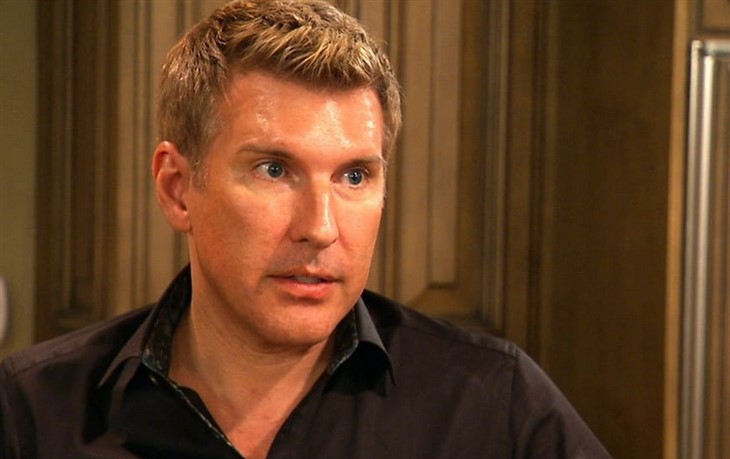 Chrisley Knows Best returns in less than two weeks on the USA Network and fans can’t wait for all the laughs, Well, they know from seasons past that Todd gives “the look” at those who annoy him. Nanny Faye often steps over his line, as does his son Chase. Well-versed in his body language, it didn’t take fans long to interpret his face when Chrisley USA shared a photo on Instagram. Of course, lots of comments rolled in as people speculated about who did something wrong this time.

Todd’s reality TV show might not always show reality as he apparently insists on getting things just right. However, USA Network fans don’t mind if it’s a bit scripted. They watch it for the belly laughs. After all, old-fashioned laughter never hurt anyone. Actually, his fans claim that Todd’s as good as the likes of comedy greats George Carlin and Sam Kinison. Originally filmed in  Roswell and Alpharetta near Atlanta, the show continued when they relocated to Nashville, Tennessee.

Chrisley Knows Best was so popular that even after Todd and his wife Julie were indicted for charges of conspiracy to commit bank and wire fraud, the network renewed it for Season 8. Now, Season 9 comes along soon, (August 12), fans check in daily for the laughs that they anticipate. For example, the network revealed a clip a short time ago, where fans laughed as Todd described Chase’s beard as “ass hair.” Well, it only sounds funny if fans actually hear him say it as he gives “the look.”

On Tuesday, August 3, Chrisley USA on Instagram shared a photo of Todd giving his classic look. They captioned it with, “If @toddchrisley is looking at you like this, what did you do?” Well, fans recalled past occasions when he used that look. One of them recalled an incident where Chase threw a fake snake at him. The fan added, “I’m still laughing!” Another fan recalled that Todd gave the look at Chase when he took clothes from his dad’s closet. However, Chase isn’t always the target of the famous look. Often, it’s directed at his mom, Nanny Faye. 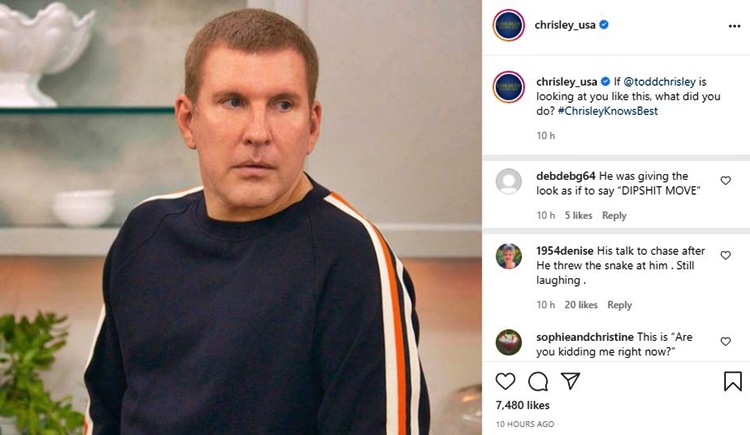 Chrisley Knows Best fans often see Nanny Faye on the receiving end of “The Look.” Always full of mischief, she and Chase often plot for her to get her own way. Actually, more often than not, she’s up to some caper that they know Todd will disagree with. That’s why one fan asked, “What did Chase or Nanny Fay do now🤣?” Then, another fan suggested, “Nany Fay (sic), said some smart pants thing to him.”

More reminiscing moments from the previous seasons arose. One fan said, “Lol. [Todd] Found out Nany Faye tried to sell him.🤣” Another comment recalled, “Riding through the neighborhood with Nanny Faye blasting Snoop Dogg 😂 while the neighbors [complained] to Todd.”

Remember to check back with us often for more spoilers, news, and updates about the cast of Chrisley Knows Best on the USA Network.

90 Day Fiance: Anny Francisco Celebrates Birthday Ahead Of Due Date