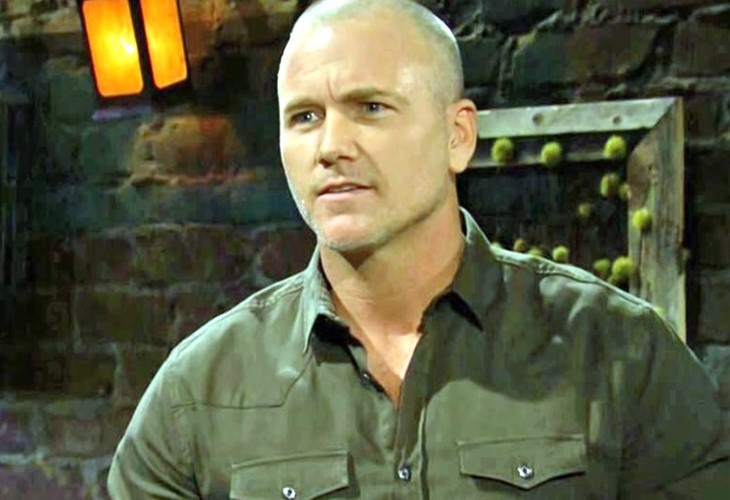 The Young and the Restless (Y&R) two week spoilers tease that Sean Carrigan (Ben “Stitch” Rayburn) has signed a contract with the CBS sudser. His run was originally a temp thing but TPTB must have seen uber potential in having the good doc stay on.

Does Stitch’s tenure mean we will find out who took Mariah Copeland (Camryn Grimes)? Ben Rayburn came to town for a party and stayed to become Chief of Surgery, or so he told Abby Newman (Melissa Ordway).

But Nate Hastings (Sean Dominic) has also stated he got the job. What we do know is that someone has kidnapped Mariah and we will soon find out who did the dastardly deed.

The Young And The Restless Spoilers – Who Took Mariah Copeland?

In the meantime Nate celebrated his news with Elena Dawson (Brytni Sarpy) who has the patience of a saint considering that newbie Imani Benedict (Leigh-Ann Rose) flirts with her guy like crazy as if she isn’t even in the room.

Considering that they are moving fast and furious, expect Nate and Elena to start talking about the future. But how will Imani react to being the odd girl out? She doesn’t strike us as being a good loser and she is a wildcard at this point.

Elsewhere, look for Jack Abbott to keep a watchful eye on his little brother Billy. Is Billy flirting with disaster again, literally? Jack’s concern may have to do with Billy’s personal life as explosive show spoilers reveal that his ex and baby mama Victoria Newman (Amelia Heinle) could marry Ashland Locke (Richard Burgi). If so, Billy may react badly and where will this leave his relationship with Lily Winters (Christel Khalil)?

The Young and the Restless spoilers: Tara Locke is Playing With Fire And She Knows It

Then again Jack may have to run interference between Billy and Tara Locke (Elizabeth Leiner). Billy is on to the massive schemer and feels he must protect his family from her.

If Sally Spectra (Courtney Hope) becomes further involved with her partner in crime, will Billy get in too deep to get out by himself?

B&B Spoilers: Love And Lust Before A Wedding