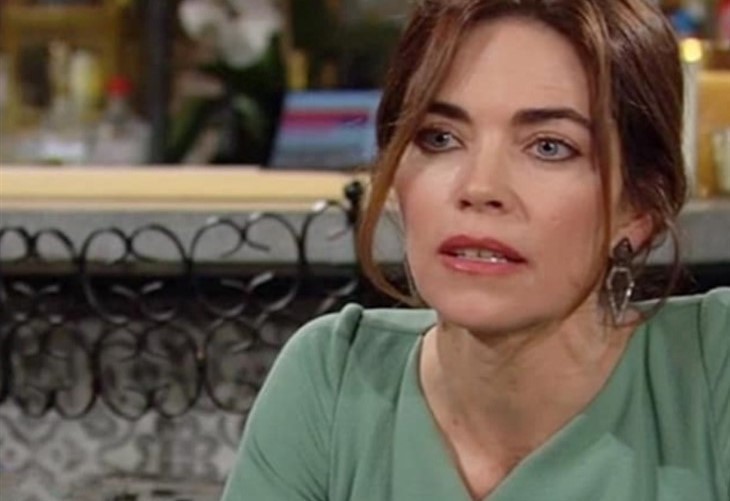 The Young and the Restless (Y&R) spoilers reveal that Billy Abbott (Jason Thompson) is faking his downfall in order to get revenge. Everyone seems to be falling for it, including Victoria Newman-Locke (Amelia Heinle). The actress explained that Victoria feels responsible for what Billy’s going through and she still cares about what happens to her ex-husband.

The Young And The Restless Spoilers – Billy Abbott’s Downfall Scheme

Y&R spoilers reveal that Billy can’t take Jack Abbott’s (Peter Bergman) advice. Despite Jack encouraging him to just move on and forget about revenge, Billy can’t bring himself to do it. Billy claims that he wants to restore his reputation. However, this is just about revenge and winning, nothing more. This is what has spurred Billy’s downfall scheme, which everyone seems to be believing.

Billy has a lot of contempt for several people around him. Even though Victoria has always protected Billy, he even lashed out at her recently. Billy accused Victoria of taking part in his downfall even though she stayed out of it until after it was done. Despite what Billy thinks, Heinle told Soap Opera Digest that Victoria still cares very much for her ex-husband. One of her concerns regarding Billy’s downfall is their children.

The Young And The Restless Spoilers – Victoria Newman-Locke’s Guilt

The Young and the Restless spoilers reveal that Victoria feels that Billy is doing enough damage. In her eyes, Billy isn’t just destroying himself but could be negatively affecting the relationship with his children.

“She does feel a little responsible for how he’s doing, so she feels that she has to intervene. She asks him if he’s had a video chat with their kids today and it just makes her so mad that he’s skipping out on his responsibilities, so she lights into him. As far as she’s concerned, enough is enough. Billy has been doing this same thing during [their] whole time together and he just doesn’t seem to learn his lesson about not taking that step over the ledge.”

Y&R Spoilers – Reaction To The Truth

However, something interesting happens during Victoria and Billy’s interaction. Victoria takes a sip of Billy’s drink, which she believes is alcohol. Imagine her surprise when Billy’s acting drunk while sipping apple juice. However, Victoria doesn’t get mad at Billy. Instead, she wants in on the plan, and the two strike a deal.

How will Ashland Locke (Richard Burgi), Adam Newman (Mark Grossman), and Victor Newman (Eric Braeden) react to learning Victoria and Billy are working together? Will their plan succeed or could the former flames end up paying the price? What do you think is going to happen with this storyline? Share your thoughts and remember to keep watching the CBS soap to see what happens next.