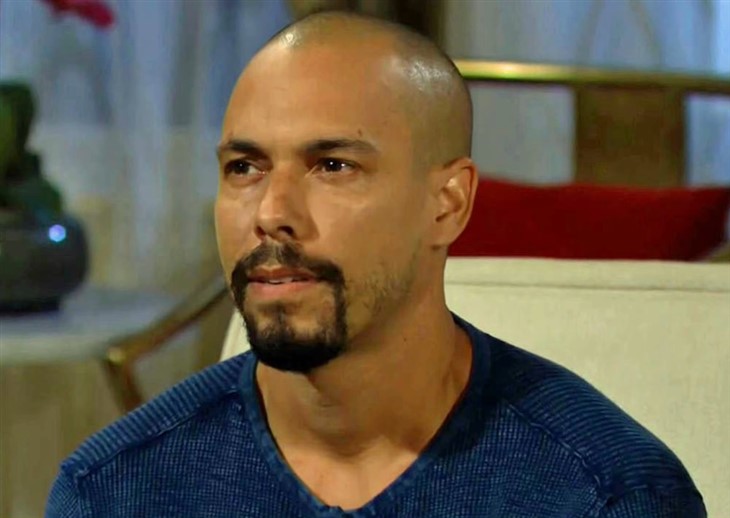 The Young and the Restless (Y&R) spoilers for Monday, December 27, 2021, reveal Devon Hamilton needing to admit the truth to himself — and Abby Newman Chancellor is not going to like it at all.

Since Abby (Melissa Ordway) seems to only be able to think about herself and her own feelings, it just never occurred to her that leaving Dominic with Devon (Bryton James) and telling him he’d be the only father the boy would ever know would be emotional for Devon. It certainly never occurred to her that taking the baby back when Chance was found alive and saying “False alarm” might hurt Devon even more Because this is Abby and this is who she is through and through.

So, now Devon wants to get to spend time with the child he thinks of as his son, because well, he is his son. After having a heart-to-heart talk with Nate Hastings (Sean Dominic), Devon realizes what he has to do and he better get Amanda (Mishael Morgan) on his side as a lawyer. And Abby better sit down for this one and maybe come to terms with what her desperate need to have a baby in any way possible has done to people. Good going, Abby.

It’s hard to remember that Adam Newman (Mark Grossman) and Chance Chancellor (Conner Floyd) were once friends and saved each other when they were both in Vegas and Adam was calling himself Spider, but the writers at least remembered so the two men meet up on Monday to talk. The men are there to settle some business that’s been left unfinished but this could end up leading to trouble. The question remains — what kind of trouble?

Speaking of trouble, Adam might also want to deal with Chelsea Lawson (Melissa Claire Egan), who now sees Sally Spectra (Courtney Hope) as public enemy number one and is determined to keep her away from Adam. This is not what Adam wants but Chelsea is not one to give up and she wants Adam. Of course, Sally wants Adam too so this can get very ugly, very fast. Stay tuned to The Young and the Restless weekdays to see where Nick’s dream episode brings him in the end.