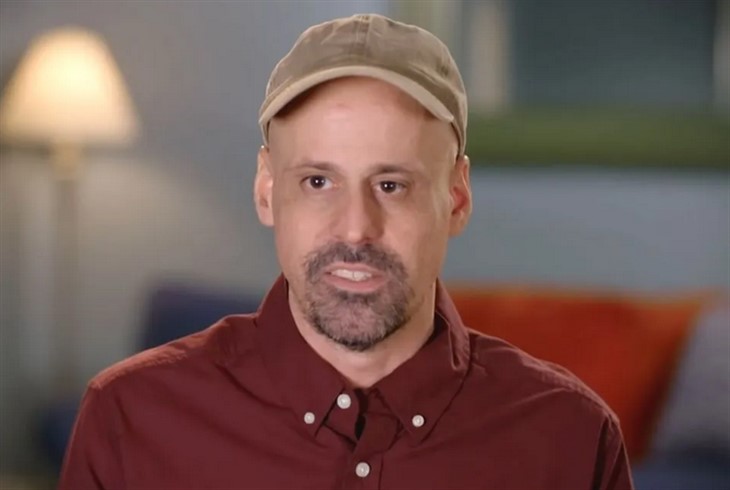 In the upcoming episode of 90 Day Fiancé: Before the 90 Days, Gino Palazzolo takes Jasmine Pineda on their first face-to-face date. They head out to a restaurant in Panama to enjoy a meal together. However, problems start once their meal is over and the waitress brings the bill.

In a teaser for the next episode, Gino Palazzolo takes Jasmine Pineda out for their first in-person date at a restaurant. Apparently, they both enjoyed the meal and each other’s company, but when it came time to pay the bill, the problems begin. It seems Jasmine isn’t happy that Gino wants to give the waitress a tip.

As the bill arrives, Jasmine points out that he is “paying the first date,” which Gino is happy to do. However, as Gino starts filling out the payment information, Jasmine notices that he is leaving a tip. She immediately points out that they don’t tip in Panama. Meanwhile, the 90 Day Fiancé star explains to her that in America, if the service is good, they leave a tip. In fact, if the server is very good, they leave anything from 15-20 percent of the total.

Jasmine immediately gets upset, saying if people tip servers in Panama, the workers get used to it and then expect the same treatment from locals. According to the Panamanian beauty, locals don’t have the money to leave a tip, so she tells him not to leave one.

90 Day Fiancé Spoilers – Jealousy Rears Its Head Over The Waitress

However, Gino doesn’t see a problem with leaving a tip. He tells Jasmine that the waitress was good to them, so he wants to show his appreciation for her good service. This leads the fiery Latino beauty to believe he is attracted to the waitress. Jasmine asks Gino, “Do you have something with the waitress?” He explains that it has nothing to do with the waitress and that he is just being “nice.”

As Gino starts to explain why he leaves a tip, Jasmine cuts him off, saying she stopped listening to him “five minutes ago.” She tells him he can leave a tip if he wants and gets up to leave the restaurant. The 90 Day Fiancé star said the date had been going well until that point, but that Gino had ruined everything.

Gino tells the cameras that this is the first time he has seen Jasmine’s jealous side in person and that it makes him feel “a little awkward.” He added that he made the sacrifice to spend his money to be with Jasmine. In fact, Gino said he wants to spend the rest of his life with Jasmine and even hopes to ask her to marry him before he returns home.

The TLC reality star feels that Jasmine needs to start building trust with him, or their relationship won’t work out. As it is, Gino always gives Jasmine proof when he leaves his house, as she always wants to know where he is going, and who he is with. Now they are together in Panama, he feels she should trust him more.

Fans will no doubt start wondering if their relationship is going to work out, or will he return home without a fiancé? Watch the teaser clip included here:

Fans will remember that last week when Gino arrived in Panama, he gave Jasmine a gift. However, it was far from being a romantic present, as he gave her an electric toothbrush and all the attachments. Jasmine wasn’t impressed, saying he didn’t even bother to wrap it. The only other “gifts” were pregnancy tests, as he hopes to get her pregnant quickly to finally have a family.

90 Day Fiancé: Before the 90 Days airs on Sundays at 8 pm ET on TLC and can also be streamed on discovery+.