Y&R Spoilers: Victoria Nails It – Nick Is The Problem 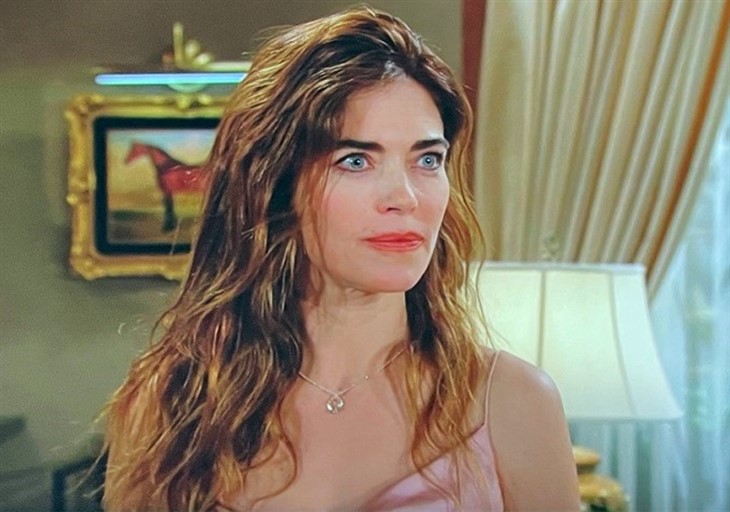 The Young and the Restless spoilers document that Victoria Newman Locke (Amelia Heinle) told her brother what he needed to hear. Nick Newman (Joshua Morrow) has condemned others for various reasons. But what does that approach say about his life?

Victoria’s arrival, while Nick was lambasting Ashland Locke (Richard Burgi) at Newman Enterprises, was classic soap. Having overheard Nick’s roust of the Lockeness Monster, Victoria defended her husband and turned the slam around.

The Young And The Restless Spoilers – Ashland Locke Is Honest

While it is hard to truly know if Ashland has divulged all that Victoria should be told about his past, there is implied evidence that appears to support him. Ashland’s calm demeanor during the moments when others, be it Nick, Billy Abbott (Jason Thompson), or whomever, is yelling at him is telling. That appears to be because he believes the chides are justified and reflect reasonable reactions.

Burgi’s character regrets and even detests what he did in the past more than anyone else. He realized the depth of his duplicity and does not disagree with what others have also concluded.

The problem Ashland had with Nick and Billy in Tuscany, Italy, was not about exposing his past. Instead, their efforts caused Victoria distress. That made Ashland angry.

Except for Niktor, Victoria knows Nick better than any other person in the world. That includes Sharon Rosales (Sharon Case), Phyllis Summers (Michelle Stafford), Nick’s other siblings, and his children.

Victoria has accurately tagged Nick’s actions as interference that represents a deflection from whatever current personal misgivings he has about himself. The new Mrs. Newman Locke is happy, with Nick believing she is naive to possess that outlook.

The above gets to the real truth, with Nick being unsettled because he is not in love and therefore not happy.

Is Sharon Nick’s soul mate? She could be. But Shick did not last and has not been able to revive through to marriage, despite two trips to the altar.

Phyllis was an alternative. While Phick had spark, it did not endure. Nick shares a child with Phyllis, just as he shares children with Sharon.

Nick’s inability to focus on the positive moments from the past with various people, beyond Sharon and Phyllis, is a major issue. He is frustrated and seems to believe the future is bleak. Thus, he lashed out at Ashland, as Victoria correctly analyzed, and Nick naturally rejected.