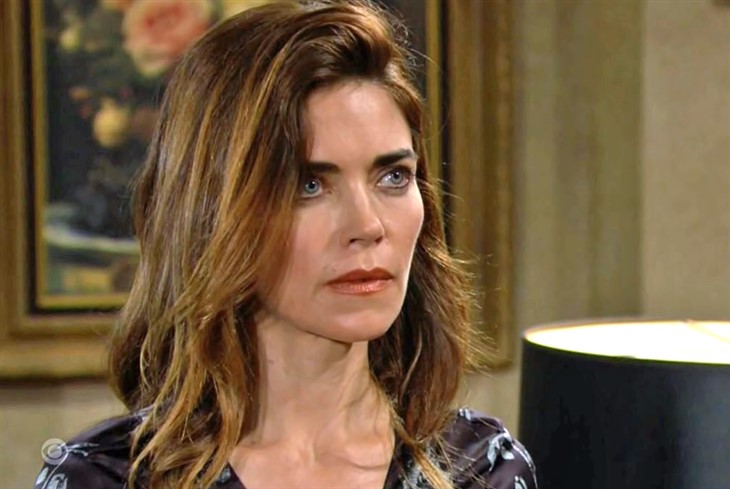 The Young and the Restless spoilers document that Victoria Newman (Amelia Heinle) is determined to marry the most polarizing person in Genoa City, Wisconsin. The fact that Ashland Locke (Richard Burgi) eclipsed Victor Newman (Eric Braeden) in that ignominious category is quite the statement about Y&R.

Victoria has her father’s blessing and the deeded property in Tuscany, Italy, where the nuptials are set to take place. The man who is Bobby Defranco (the birth name of Burgi’s character), claims that he is dying of terminal cancer. Considering all the lies he has told to date, is that true?

The Young And The Restless Spoilers – One Way This Mess Ends

The lead-in to a wedding is not supposed to be filled with crucial, withheld information. But that is what Ashland did when not telling Victoria about his early life choice to change from Bobby into the Lockeness Monster.

Some believe that this man was a monster all along. As Nick Newman (Joshua Morrow) tried to tell his sister, who takes his dying friend’s wallet so that he can assume that person’s identity, in the moments following a car crash?

Victoria is rationalizing the identity tale as being ancient history and as a response to childhood trauma. But if Ashland’s claim about cancer proves to be another lie, then this mess likely ends there.

If the writing staff created a fated man in Ashland, then having him die just after Victoria marries him would tie up most, if not all loose ends in this storyline.

As devoted fans recall, Tara Locke (Elizabeth Leiner) debuted before Ashland. She was later written out in haste. Tara is facing several years in jail in New York for financial fraud.

Harrison Locke (Kellen Enriquez) makes a reappearance at the Vashland nuptials. But he has been written away to Milan, Italy, with his biological father, Kyle Abbott (Michael Mealor), and stepmother, Summer Newman Abbott (Hunter King).

So, Ashland’s more current history is resolved. He recently appeared to divulge his personal and professional backstories. If he told the truth about having a terminal disease, then only an unexpected remission or miracle cure can extend or end his life respectively.

The Young And The Restless Spoilers – Wedding Day Bliss And Sorrow?

Teasers indicate that Ashland’s health issue will impact the wedding. It would be most soapy for Victoria to marry Ashland on his death bed. Hopefully, that does not happen, as Burgi has been a fine addition to the cast.

Ashland has a pathway to the future with Victoria’s love and Victor’s help. Vashland might be at the end of its run. Alternatively, this couple could cross a dramatic threshold and endure indefinitely on Y&R.