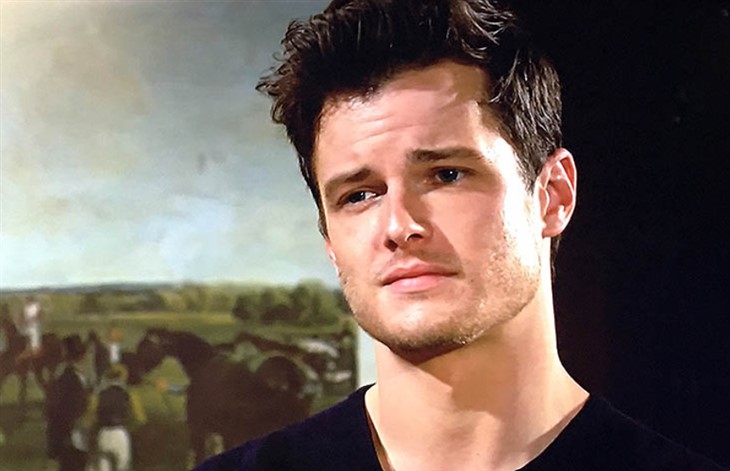 The Young and the Restless spoilers (Y&R) reveal that Kyle Abbott (Michael Mealor) stayed in Italy to be with Summer Newman (Hunter King). They want Harrison Locke (Kellen Enriquez) to come to Milan. However, Ashland Locke (Richard Burgi) doesn’t appreciate Kyle’s move or being unreachable very well. Plus, he just had chemo, which could all influence his decision.

The Young And The Restless Spoilers – Kyle Abbott’s Sudden Move

Y&R spoilers reveal that Kyle initially went to Milan to bring Summer back to Genoa City. However, after staying up all night talking, “Skyle” told their families that they were staying in Italy. Summer might have been blackmailed into taking the creative director job but it turns out she absolutely loves it. It might be nice for them to be away from Sally Spectra (Courtney Hope) and all the drama, too.

However, Kyle should have immediately told Ashland of his plans to stay in Milan and wanting Harrison to come live with him. He didn’t and still hasn’t, though. Ashland happened to find out when he told Jack Abbott (Peter Bergman) that he would work out a custody arrangement when Kyle returned to town. That is when Jack had to tell Ashland that Kyle wasn’t coming back. Kyle made this decision without even knowing if he would be able to continue seeing Harrison or if Ashland would take him away.

Since then, Ashland has tried to reach Kyle on multiple occasions but has been unsuccessful. That certainly isn’t making him very happy and says a lot about Kyle’s commitment to Harrison.

The Young And The Restless Spoilers – First Chemotherapy Treatment

The Young and the Restless spoilers reveal that Ashland is also cranky because he just had his first chemotherapy treatment. He is trying to hide the side effects from that, but the treatment along with Kyle being unreachable is making Ashland angry.

In fact, all of these factors will influence Ashland’s decision about Harrison. It is solely up to him if Kyle even sees Harrison right now or not. Legally, he is still Harrison’s father unless Kyle can get his court case pushed through.

Then, there is still a judge’s decision on what is best for Harrison. Even though courts do take paternity and not knowing they had a child into consideration, a judge will likely rule in Ashland’s favor. It’s all about what is best for the child and Ashland has been the father figure in the boy’s life for the past three years. Kyle will be lucky if he gets visitation now that he’s moved to another country without settling things with Ashland regarding Harrison.

So, what will Ashland decide? According to Soap Opera Digest, it will be unpredictable, just like every other move Ashland has made since arriving in Genoa City. We also know that Jack makes Ashland a promise. Could he decide that Jack can stay in the boy’s life but Kyle can’t until he returns to the US? We will have to keep watching to find out.