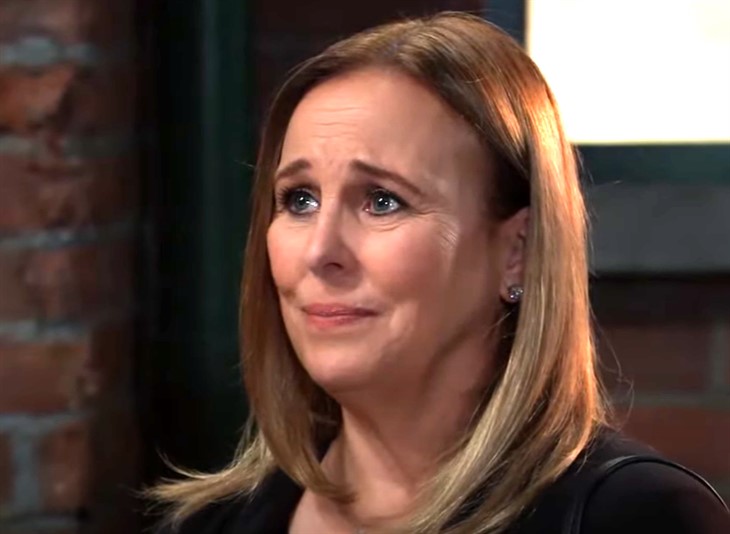 General Hospital (GH) spoilers tease that Mayor Laura Collins (Genie Francis) will be retuning to Port Charles in the near future. It’s been a difficult year for Laura mostly because of her newly discovered half-brother Cyrus Renault (Jeff Kober). Cyrus is Laura’s exact opposite, a ruthless drug kingpin who wouldn’t hesitate to kill anyone who got in his way. One of the biggest thorns in his side was Jason Morgan (Steve Burton). Cyrus had tried many times to kill Jason, failing at every attempt.

Gaining leverage over Julian Jerome (William DeVry), Cyrus ordered Julian to leave a bomb at the Floating Rib. Julian had been concerned that so many people would die, but Cyrus assured Julian that he would lure Jason there after hours so no one else would be there. But that was a lie. As soon as Julian reported in that the bomb had been dropped off, Cyrus detonated it. It was a busy time at the restaurant, so there were many customers there and quite a few of them would indeed die as a result of the explosion. One of those people was Lulu Spencer (Emme Rylan).

Lulu seemed to be ok as she was one of the first people to rise up from the rubble. She started to help other when she realized her boyfriend Dustin Phillips (Mark Lawson) was seriously injured. Lulu insisted on accompanying him to General Hospital but unfortunately he died soon after they arrived. L:ulu and her ex-husband shared nice moment but even as Lulu admitted to her ex that she still loved him, she fell to ground.

Once doctors had a chance to examine her, they found a brain injury that left her in a coma. It has been almost a year, and there has been little to no improvement since then. But as the holiday season approaches perhaps Lulu will begin to recover and be back home in time for Christmas Day? That would be the best Christmas present Laura could ever hope for.

Are Lulu’s injuries to severe for a chance of recovery? Or will she wake up soon? Will Laura get her Christmas miracle? Only time will tell, so stay tuned to General Hospital airing weekdays on ABC, And don’t forget to check back right here regularly for all your General Hospital news, information and spoilers!