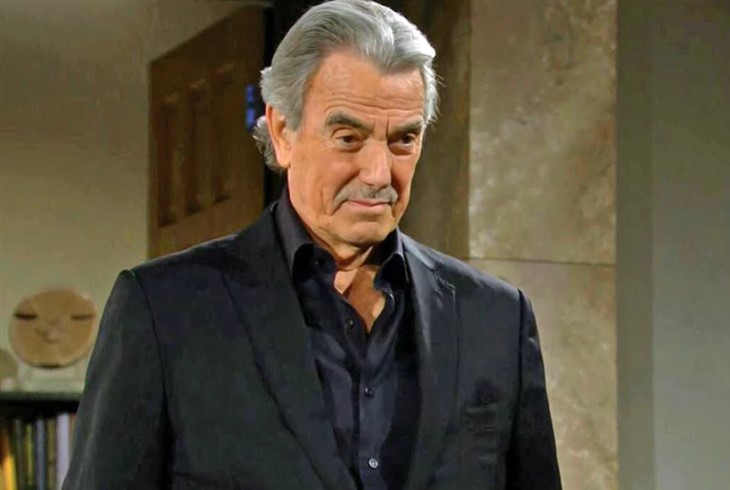 The Young and the Restless (Y&R) spoilers for Monday, September 27, 2021, reveal Victor Newman deciding he definitely, seriously wants his daughter to marry Ashland Locke and he’s had just about enough of Billy Abbott’s meddling.

Billy Boy Abbott’s (Jason Thompson) obsession with Victoria Newman (Amelia Heinle) and her personal life is getting to be a bit much for everyone. Yes, they were married and yes, they share children, but they have both moved on. Billy is with Lily Winters (Christel Khalil) and Victoria is determined to marry Ashland no matter who or what he turns out to be.

That means Ashland (Richard Burgi) and Victor (Eric Braeden) needs to stop Billy in his tracks as he digs for more dirt on the mysterious man who claims he’s dying while having quite the mysterious past. Billy has already put Ashland on notice, but Victor and Ashland don’t take too kindly to that and they have a plan….

It’s been clear from the start that Abby (Melissa Ordway) didn’t think her little baby plan through well enough. So what if she didn’t have her husband around because he pretty much ghosted her? She was going to find a way to make a baby anyway and house that embryo somewhere. So, Devon Hamilton (Bryton James) provided the sperm, she provided the egg, and Mariah Copeland (Camryn Grimes) provided the uterus.

Well, now that embryo is a real, live crying baby with needs and Abby still doesn’t have a husband. She doesn’t even have Mariah around to help because Mariah couldn’t live in that house anymore. So, what does Abby do? She turns to Devon, of course, because he is always there for her and technically, that baby is his son and he needs a father, right? Will Devon end up taking Chance’s place?

Mariah Copeland had to tear herself away from the baby she calls Bowie but who Abby calls Dominic. So, she figured why not have a baby of her own that Tessa (Cait Fairbanks) can carry. Tessa wasn’t too thrilled with that idea and asked that they at least wait. How will she like it on Monday when Mariah keeps talking about this future baby? Stay tuned to The Young and the Restless weekdays to find out.