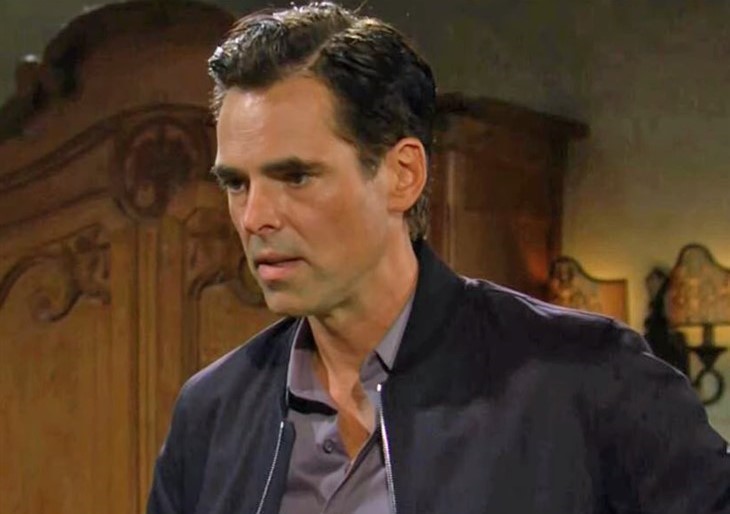 The Young and the Restless spoilers for Monday, November 8, 2021, reveal Billy Boy Abbott getting himself in more trouble than ever because he never stops and he never learns.

When you have an addictive personality, you’ll latch onto anything to give you a type of pseudo-high. For Billy (Jason Thompson), it’s always been gambling but since he has sworn not to gamble, Billy needs something else to keep him obsessed and addicted and Ashland Locke (Richard Burgi) has become that something else no matter how many times things keep backfiring on him with Jesse Gaines (Jamison James).

Now that he’s sure the Newmans — and maybe Ashland too — did something unsavory to Jesse, he’s determined to prove it without realizing the trap that’s been laid out for him. He finally thinks he has gotten to Adam Newman (Mark Grossman) and has him where he wants him but it looks like he might be in the reverse scenario and he keeps digging a deeper proverbial grave for himself.

Meanwhile, Lily Winters (Christel Khalil) seems to be buying into whatever her boyfriend is selling and has now decided Victoria (Amelia Heinle) has to know the truth about what happened to Jesse.

The thing is, Victoria is tired of listening to this same old thing over and over. She married Ashland, she wants to just focus on his health, and Billy and Lily keep getting in the way of that. What’s a new bride to do except tell this woman to just lay off.

The Young And The Restless Spoilers – Nikki Newman Is In Distress

With all this fighting within her family and with her family, Nikki (Melody Thomas Scott) doesn’t know quite what to do. Everyone is angry at everyone and plots are being hatched all over the place.

At this point in her life, she just wants everyone to get along and that’s the furthest thing from what’s happening between Nick’s (Joshua Morrow) breakup, Victoria’s (Amelia Heinle) anger, and Victor (Eric Braeden) and Adam plotting. But Nikki might be about to learn something she can use to fix this Newman mess. Is Nikki about to get very, very lucky soon? Stay tuned to the Young and the Restless weekdays to see how these stories play out.

Days Of Our Lives Spoilers: MarDevil Gets Daring With Brady