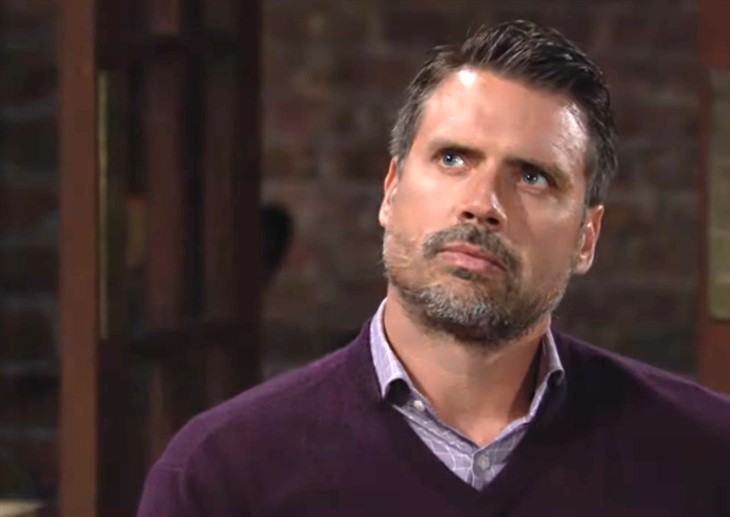 The Young and the Restless (Y&R) spoilers for Friday, November 5, 2021, reveal Nick Newman trying to pick up the pieces of his shattered life, with all of the shattering self-inflicted.

The Young And The Restless Spoilers – What’s Next For Poor, Sad Nick Newman?

Nick (Joshua Morrow) still can’t believe he and Phyllis Summers (Michelle Stafford) broke up once again. He thought they were in it for the long haul this time but Phyllis couldn’t seem to tolerate him anymore and felt she needed more. Sex and video games just weren’t cutting it for either one of them anymore. Phyllis was also fed up with Nick’s obsession with his family and most recently his sister.

Even his sister was fed up when Nick did everything to stop her from marrying Ashland Locke (Richard Burgi) after she told him to butt out. Now that he is all alone, it looks like mea culpa time for Nick as he extends an olive branch to Victoria (Amelia Heinle) hoping she’ll forgive him for his mistakes. Will Victoria be ready to accept her brother’s contrition and move on?

Nikki Newman (Melody Thomas Scott) might finally be learning to accept her stepson, Adam Newman (Mark Grossman), whom she has hated for so long. Nikki wants to know why he seems to have had a change of heart about something important.

She also seems to be genuinely concerned, which is new for Nikki when it comes to Adam. How will Adam even react to this and do Nikki’s concerns involve his relationship with Sally Spectra (Courtney Hope)? Or might Chelsea (Melissa Claire Egan) be involved as she’s due to return soon?

Billy Boy Abbott (Jason Thompson) will never learn. Nick and Adam may be getting over their Ashland Locke obsession, but Billy keeps plodding along. He is also at risk of losing ChanceCom now thanks to his machinations. Lily Winters (Christel Khalil) learns he’s come up with a new plan and she is not sure she will be able to stop him. What trouble will he get himself in this time and will it be a final straw for Lily? Stay tuned to the Young and the Restless weekdays to see how these stories play out.

Days Of Our Lives Spoilers: Chad And Abby Blow Up Gwen’s World