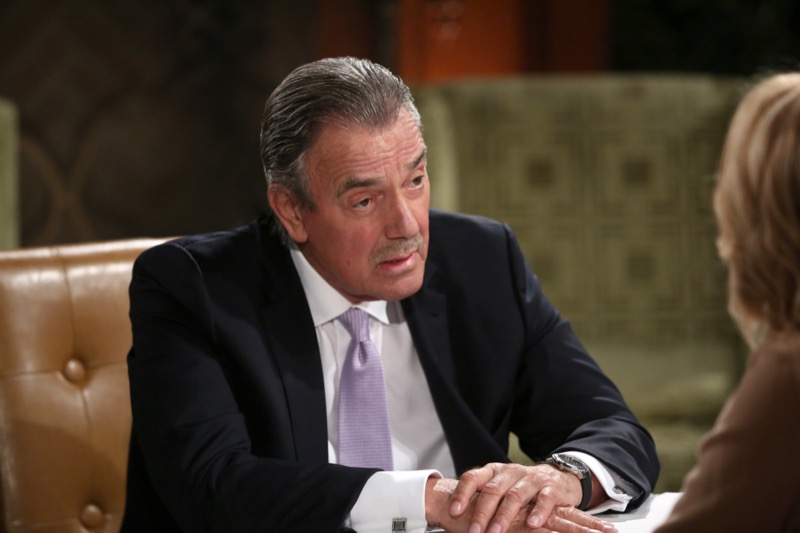 The Young and the Restless (Y&R) spoilers for Tuesday, August 17, 2021, reveal Victor Newman needing something from his children he may never get.

The Young and the Restless Spoilers: A Truce Between The Newman Kids

The Great Victor Newman (Eric Braeden) actually got what he wanted from Nick (Joshua Morrow) and Adam (Mark Grossman). His two sons are actually getting along although both have different ideas about what to do during their leisure time.

Now, he wants Victoria (Amelia Heinle) to do the same thing Nick did — let bygones be bygones and get along with Adam. After all, he is her brother whether she likes it or not and he is trying to change.

Victoria just doesn’t think she’s up to the task. Adam has done too many bad things and too much damage to their family. She can’t even imagine why Victor would ask this of her now when she is in love with a man who is dying and planning to marry him. Yes, that is another thing Victor wants to discuss because he still doesn’t trust Ashland Locke (Richard Burgi) as far as he can throw him.

Sally Spectra (Courtney Hope) messed with the wrong families. Don’t go after the Abbotts and the Newmans. Well, that’s exactly what she did by playing with Kyle (Michael Mealor) and Summer’s (Hunter King) lives. She lost Jack (Peter Bergman), although she never really should have even had him, and now Nikki is coming after her.

How dare this little upstart play around with her granddaughter’s life? Nikki (Melody Thomas Scott) puts Sally on notice that her life won’t be nearly as easy as she’d like. Maybe it’s best if she just goes back to Los Angeles.

Poor Jack (Peter Bergman) seems to be losing everything. He was really falling for Sally and then he learned she was a liar. Then he decided to forgive the young woman only to learn she just couldn’t stop lying.

Now, he has to drown his sorrows and lean on friends to make him feel better. Phyllis (Michelle Stafford) apparently couldn’t get the job done last week, so on Tuesday, he turns to Lauren (Tracey Bregman). She must be feeling pretty foolish herself for falling for Sally’s lies over and over again. Stay tuned to The Young and the Restless to see how these stories play out.

90 Day Fiancé: Happily Ever After Tell-all – Mike’s Filing for Divorce Over Cheating