Y&R Spoilers: Sally Not Ready To Give Up On Love – Nick or Adam On Her Radar? 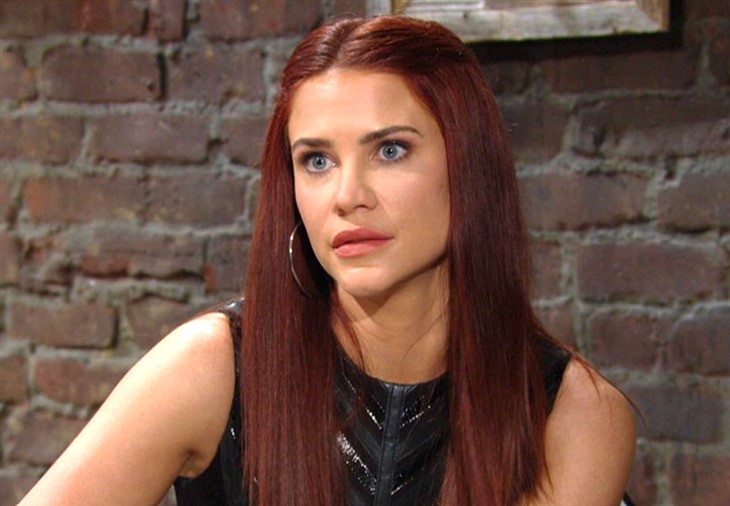 The Young and the Restless (Y&R) spoilers and updates tease Sally Spectra (Courtney Love) does not want to be alone again. Sally moved to Genoa City for a new start. She had left Los Angeles to because her relationship with Wyatt Spencer (Darin Brooks) ended badly. Sally was able to get a new start in Genoa City. She has been working with Lauren Fenmore Baldwin (Tracey E. Bregman) at her company Fenmore’s. She has a gotten her dream job at JCV. However, Sally has been conspiring with Tara Locke (Elizabeth Leiner) who wanted to get Summer Newman (Hunter King) out of Genoa City so that she could have Kyle Abbott (Michael Mealor) for herself.

Sally and Jack Abbott (Peter Bergman) have been a relationship. Jack cares about Sally and wants to be with her. However, he is not happy that Sally and Tara have been conspiring against Kyle and Summer. Phyllis Newman (Michelle Stafford) is trying to get Jack to end his relationship with Sally. However, Sally is determined to hold onto Jack.

Y&R Spoilers – Sally Spectra Could Get with Nicholas Newman

Sally may lose Jack because of Phyllis. She might decide to get back at Phyllis for losing Jack. Sally may decide to try to get Nicholas Newman (Joshua Morrow) to want to be with her. Nick is in a relationship with Phyllis. Nick and Phyllis have been in an on and off relationship in the past. Sally may try to take Nick away from Phyllis.

Sally may decide to try to get Adam Newman (Mark Grossman) to want to be with her. Adam is a successful businessman. He is not in a long-term relationship. Adam wants to be a good father to his son Conner Newman (Judah Mackey). Sally wanted to have a child with Wyatt. She might want to be with Adam because he has become a good father to Conner. Adam has had a troubled past. Adam may understand that Sally wants to overcome her troubled past. Sally may find that Adam would be a good match for her.

The Young and the Restless Sally may be able to find a way to keep Jack from leaving her. She could help to bring Tara’s lies into the open. Could Sally find a way to hold onto her relationship with Jack? Sally may decide to get revenge on Phyllis if she loses Jack. Would Sally try to get into a relationship with Nick to get back at Phyllis? Sally may want to start over with someone who would understand her troubled past. Could Sally find that Adam would be the right man for her? Be sure to catch up on everything happening with Y&R right now. Come back here often for The Young and the Restless spoilers, news, and updates.