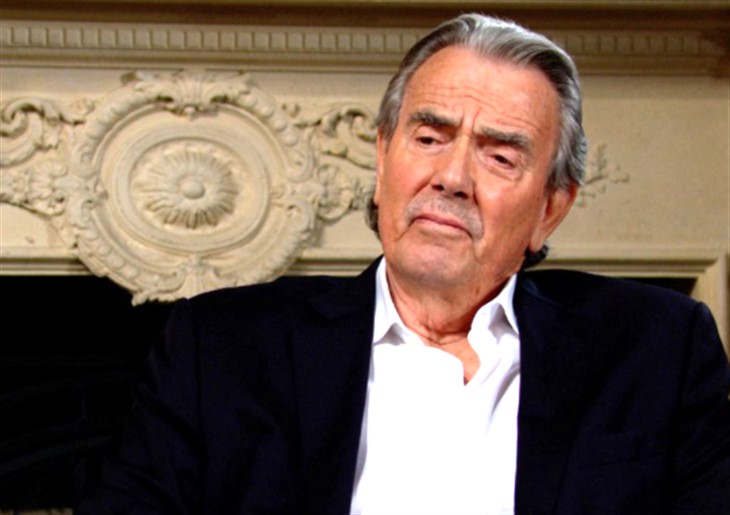 The Young and the Restless (Y&R) spoilers for Tuesday, August 10, 2021, reveal Victor Newman  (Eric Braeden) has an offer for his daughter — which seems odd considering that they barely agree about anything anymore.

The Young And The Restless Spoilers – What Is Victor Newman Up To?

Victoria (Amelia Heinle) is home with some big news and Victor and Nikki are a little taken aback when she announces she is engaged. After all, she just got engaged to a man she barely knows, a man who is her father’s business rival, and a man who is allegedly dying. This isn’t exactly the news Nikki (Melody Thomas Scott) and Victor want to hear, so Victoria was nervous to come right out and say it.

However, she gets another big shock when Victor makes his daughter an offer. Is it one she can’t refuse? Or perhaps it’s one she has to refuse considering her new life circumstances. We know The Great Victor Newman hates taking no for an answer, so Victoria might be forced to be more…forceful. She can do it. After all, she blackmailed her way into the CEO position.

Jack (Peter Bergman) and Ashland (Richard Burgi) seemed to be getting along fine when Ashland showed up at the Abbott house to check on Harrison, but tomorrow they are set to come to blows over a power struggle.

Kyle (Michael Mealor) and Summer (Hunter King) have chosen to just stay in Italy as expected and they really want Harrison to come live with them. It looks like it’s Jack’s job to get Ashland to allow that. Will Ashland give in for the good of the boy he still thinks of as a son?

Seeing Adam (Mark Grossman) and Chloe (Elizabeth Hendrickson) working together and getting along is a bit disconcerting considering their history of trying to torture or kill or kidnap one another for years. After all, Adam did kill Chloe’s little girl in a hit and run and that is something a mother usually doesn’t get over.

Now they are actually friendly. When Chloe gives Kevin (Greg Rikaart) a glowing report about Adam, Kevin is quite suspicious and is sure Adam is up to something. He warns Chloe to be careful because one can never really trust Adam Newman, right? Stay tuned to The Young and the Restless to see how these stories play out.