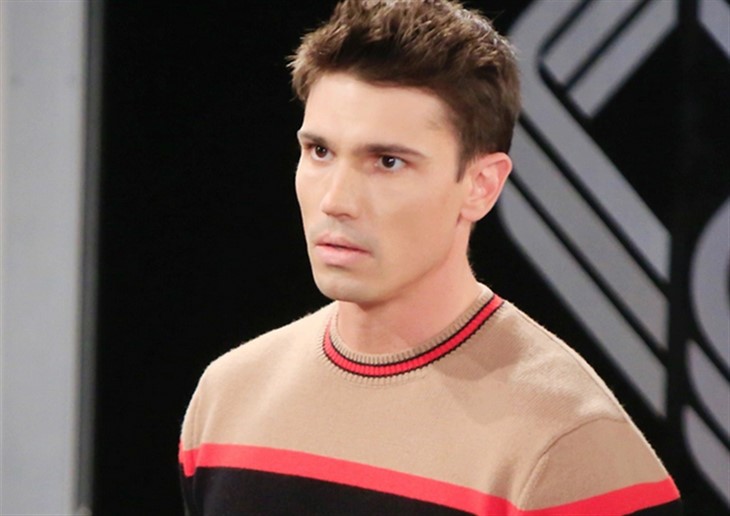 The Bold And The Beautiful Spoilers And Rumors – Why Would Sheila Carter Tell Lance He Messed With The Wrong Mama?

There have been flashbacks of Sheila’s misdeeds in recent episodes of The Bold and The Beautiful. While these scenes with Lance took place in 2002, soap opera watchers know that soap time doesn’t equal real time. The circumstances of Sheila’s becoming acquainted with Lance – no last name ever assigned to the character – were that she met him while someone was doing work on the Forrester mansion and Lance was a friend of his.

Lance was an actor that helped Sheila separate Rick Forrester (Jacob Young) and Amber Forrester (Adrienne Frantz), so that Sheila’s daughter, Erica Lovejoy aka Mary Warwick (Courtnee Draper) could be with Rick. Sheila told Lance an odd thing – that he had messed with the wrong MAMA. Could this be a clue that she was pregnant with his child?

Longtime viewers of The Bold and The Beautiful know that if going by ages written for the characters, Mary would be two years older than Steffy Forrester Finnegan (Jacqueline Macinnes Wood) but as mentioned, ages are changed and rewritten all the time in soaps. Children suffer from SORAS, or soap opera rapid aging syndrome frequently. Sheila paid Lance to drug Amber, so Rick would think she was fooling around on him and dump her, which he did. When Lance wanted to tell Amber the truth, he was murdered by bees, thanks to Sheila dumping them into his window, this horrific scene being one of the recent flashbacks.

But again, viewers of The Bold and The Beautiful have to wonder why Sheila used the word “Mama” in her threat; could the writers be rewriting history to take advantage of that comment to mean Sheila was pregnant with Lance’s child? Finn’s age hasn’t been revealed, but it could be assumed he would be somewhat close to Steffy’s age – but the writers could do a SORAS in reverse, now making the incident with Lance have taken place earlier than it actually aired on television!

Some viewers of The Bold and The Beautiful who watched the scene with Sheila murdering Lance with bees have picked up on a resemblance between Lance and Finn. Those viewers wondered if Lance might be Finn’s birth father. Anything is possible – some fans of The Bold and The Beautiful wonder if Finn could be Eric Forrester’s (John McCook) son or even Mary Warwick’s previously unknown twin. Jack Finnegan (Ted King) mentioned a mug shot, so that might imply Sheila gave birth to Finn in prison and that was why she had to give him up. Longtime viewers will recall that Sheila also had a one night stand with Connor Davis (Scott Thompson Baker) around the time Finn may have been conceived, if the writers are making Finn in his thirties. Chances are, Finn will also be curious about who his birth father is and so will the Forresters and the Spencers, so the questions about his paternity should be answered soon!