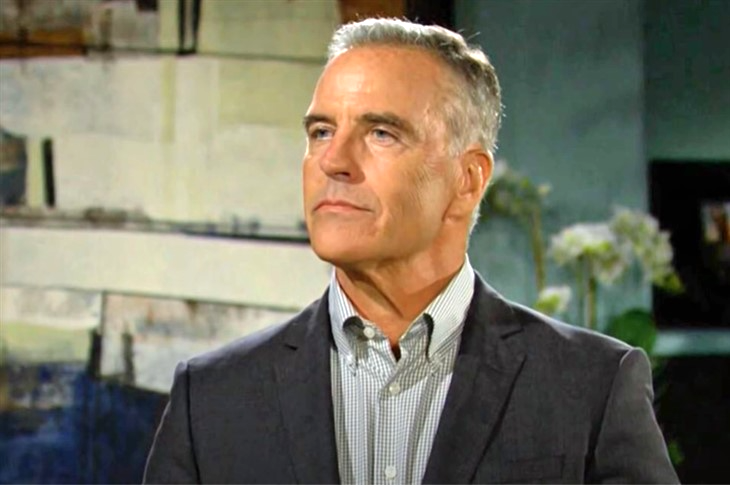 The Young and the Restless spoilers for Tuesday, September 21, 2021, reveal that Ashland Locke is still chock full of secrets he will do anything to keep buried.

Ashland (Richard Burgi) seemed to come through with the truth last week when he told his sad childhood story to Victoria (Amelia Heinle), Billy (Jason Thompson), and the Newmans. Victor (Eric Braeden) even decided he admired Ashland because he reminded him of his younger self. Of course, Nikki Newman (Melody Thomas Scott) didn’t like it and Billy Abbott didn’t believe for a second that was all to the story.

And apparently, there is a lot more because Ashland is now being blackmailed by a mysterious attorney. For $3 million he will keep Ashland’s secret to himself until the man’s dying days — which could be sooner rather than later if he really is telling the truth about his cancer. How many secrets does this man even have?

Billy and Nick Newman (Joshua Morrow) sure aren’t satisfied with what Ashland had to say and they both go digging some more on Tuesday, but they are also both trying to trick one another. Which one will be the poor fool who gets fooled?

Mariah (Camryn Grimes) and Tessa (Cait Fairbanks) are now living at the Grand Phoenix because they had to get out of that Chancellor mansion where all Mariah wanted to do was hold that baby who belongs to Abbye Newman (Melissa Ordway). They are clearly done with their apartment and it’s not hard to just keep re-using hotel room sets, so there they are.

But, perhaps they need to find their own place soon because Mariah has an idea. She thinks that she and Tessa should have a baby. Does she mean she wants to get pregnant again as soon as the doctor gives the go-ahead and who will they use as a donor? Devon (Bryton James)? Is Mariah looking to create another Bowie who may have red hair? Or will Tessa carry the child? Does Tessa even want this? Stay tuned to the Young and the Restless weekdays to find out.