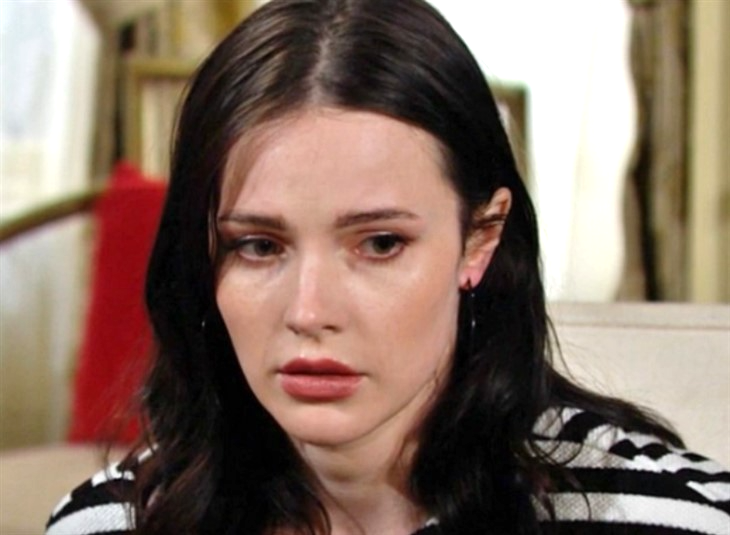 The Young and the Restless spoilers reveal Tessa taking matters into her own hands and forging a search for Mariah because something doesn’t seem right about her latest text.

The Young And The Restless Spoilers – Missing Mariah Terrifies Tessa

Mariah (Camryn Grimes) has been gone for weeks and after worrying about her at first, everyone was calmed by the fact that she sent a few texts saying she needed some time away to destress. Abby (Melissa Ordway) then went on to worrying only about herself and being sad that Chance isn’t with her to share in the joy of this baby. She fought with Tessa (Cait Fairbanks) a bit about who was to blame for Mariah leaving, but then they decided to be friends. But Mariah has remained missing.

Then, a new group text came in that seemed way too formal to Tessa and was not how Mariah would speak at all so she’s about to buck the advice of everyone who should be worried about Mariah but isn’t and form her own search for her missing pregnant girlfriend.

Y&R Spoilers – Mariah Is In Trouble

It turns out Tessa is right and Mariah is in more trouble than anyone thinks and this will lead Tessa on a search that could put her own self in danger. She has nobody helping her at the moment, but what if the wrong person helped her?

Stitch (Sean Carrigan) has been trying to be as helpful as possible in this quest to find Mariah that Abby is not as interested in as he thought and he might offer Tessa help. But could he be the one who is keeping Mariah hostage, considering that her disappearance coincided with Stitch just popping back into town with no notice? It does seem awfully suspicious. If he offers Tessa help, will she start to catch on that something is more wrong here than she ever imagined?

Could Mariah and Tessa both end up in danger? Perhaps that will lead to a precarious labor situation as well. At least Stitch is a doctor and who is keeping Mariah hostage is at least giving her the nutrition a pregnant woman would need. Stay tuned to The Young and the Restless weekdays to see how this story plays out.