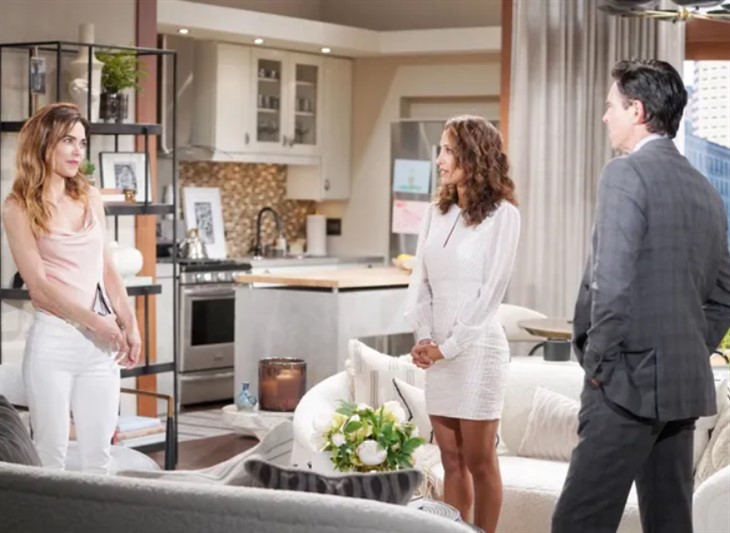 The Young and the Restless spoilers for Wednesday, September 15, 2021, reveal Billy Abbott still obsessing over Victoria Newman — and his girlfriend has just about had enough of it.

The Young And The Restless Spoilers – Will Billy Ever Be Able To Let Go?

Lily Winters (Christel Khalil) is beginning to believe that there will always be a third member of her relationship with Billy (Jason Thompson) — and that is his ex-wife, Victoria (Amelia Heinle). Billy is still obsessing over Ashland Locke because he knows Victoria has to be making a mistake and he doesn’t care if he has to use the guise of journalism to get the dirt on him.

Well, Lily is barely going to take it anymore and lets him know. First, she doesn’t want his obsession damaging ChanceCom, and second, she doesn’t want to have to keep competing with Victoria for Billy’s attention. He says he is in love with her and only her but he certainly doesn’t show it. Yes, he claims to only be concerned with his children and their future stepfather, but Lily knows it has to be more.

Ashland (Richard Burgi) has so many secrets to confess, it’s hard to keep up. This time he told Victoria about his horrible and pathetic childhood that made him literally become a new man and now it’s time to tell her parents — before he marries their little girl in an elaborate Italian wedding.

Victoria believes everything Ashland ever tells her, but will Victor (Eric Braeden) and Nikki (Melody Thomas Scott)? It’s not like The Great Victor Newman is the most trusting man in the world. Will Ashland suddenly have an attack if Victoria’s parents ask too many questions. That seems to be his game plan these days and Victoria falls for it every time. Stay tuned to the Young and the Restless weekdays to see how these stories play out.