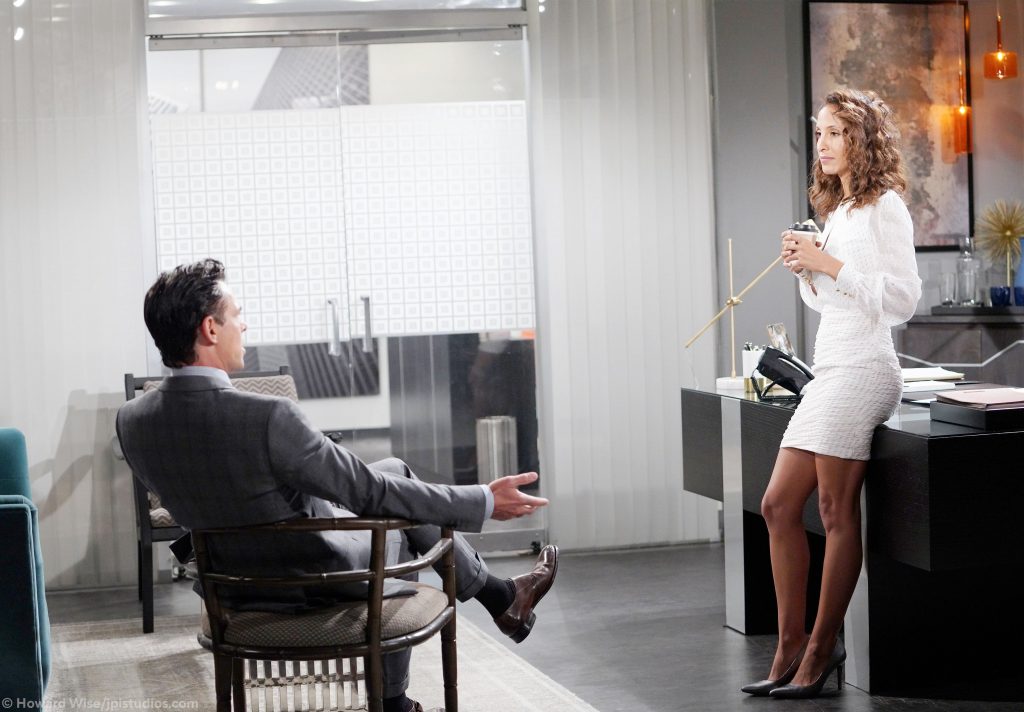 The Young and the Restless (Y&R) spoilers for Monday, August 23, 2021, reveal all sorts of drama throughout Genoa City just because Victoria has decided to jump into marriage with another man she barely knows.

The Young and the Restless Spoilers: Can Billy Abbott Quit Victoria Newman?

While her loved ones are trying to appease her and pretend they are happy about her upcoming wedding, everyone is worried about Victoria Newman (Amelia Heinle) and that includes her ex-husband, Billy Abbott (Jason Thompson). He may be living with Lily Winters (Christel Khalil) now, declaring his unmatched love for her, but he is obsessing about Victoria marrying Ashland Locke (Richard Burgi) and wants to do something about it — even if he has to use ChanceCom to do it.

Lily is not only furious he wants to once again go after someone under the guise of responsible journalism, but also that he can’t get Victoria off the brain. Does he still love her? If so, what does it mean for their future together if Billy can’t get over his ex-wife? Perhaps he will use the ruse of protecting Johnny and Katie as his excuse.

The Newmans Are Going To Get To The Bottom Of This

Victor (Eric Braeden) and Nick (Joshua Morrow) already determined amongst themselves that there is something off about Ashland just as there was something off about Tara (Elizabeth Leiner). They will play nice with Victoria, but they are going to dig as deep as they have to in order to learn everything about this man Victoria plans to wed.

Clearly, something gets on Victor’s nerves on Monday when he and Ashland come to blows. He tells Ashland they have some business left unfinished, which puts Ashland in a fighting mood, as well. If Ashland really is sick and dying, is it a good idea for him to get in a tangle with The Great Victor Newman?

Meanwhile, Victoria and Nikki (Melody Thomas Scott) make some more wedding plans, but Nikki says something that makes her daughter uncomfortable? Is this something going to make her rethink her determination to rush into marriage once again? Will Victoria ever learn from her past mistakes? Stay tuned to The Young and the Restless weekdays to see how these stories play out.