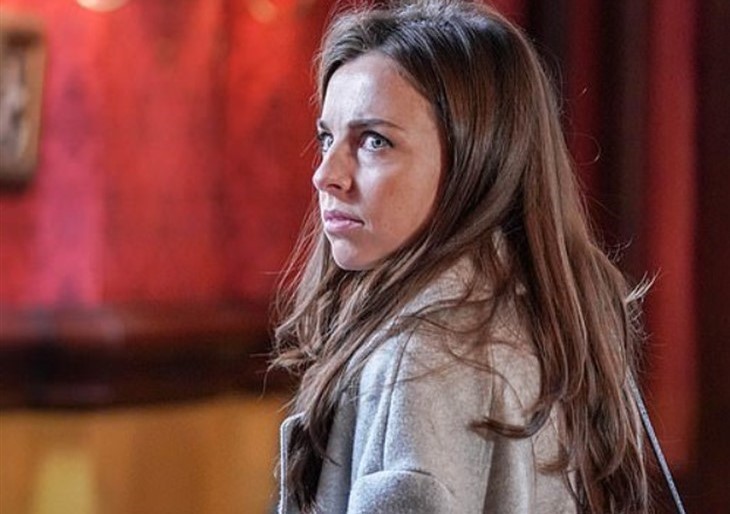 EastEnders spoilers hint that Ruby Allen (Louisa Lytton) will continue to try to hide the truth from Martin Flower (James Bye) in upcoming episodes. Last week, Ruby revealed the truth about Stacey Slater ( Lacey Turner ) wrongfully being sent to prison. During her doctor’s appointment, Ruby confessed to Jean Slater (Gillion Wright) in a state of guilt that she had made up the story about Stacey pushing her down the stairs resulting in her miscarriage.

EastEnders Spoilers -The Truth Is Revealed

Jean would leave the doctor’s office in shock by the news and later they would have a conversation in which Jean gives Ruby an ultimatum. Ruby tried to explain why she lied about Stacey and allowed her to go to prison as a type of revenge. However, Jean did not think that Ruby’s actions were correct and wanted her to be honest with Martin. She tells Ruby that when she comes back from her trip that if Ruby has not told the truth, that she would do it for her.

Upcoming episodes will show that Ruby is going to be afraid of the truth coming out as Jean Slater is set to return to the Square. With Jean’s ultimatum hanging over Ruby’s head, What might be her next move to prepare for Jean’s return? In upcoming episodes, Martin is going to begin to notice that there have been many withdraws made from their account as he tries to withdraw money. He confronts Ruby about it and she explains that she has been giving money to Jean. She tells him that Jean has terminal cancer and that was the reason for her giving her the money.

Martin will be shocked to hear this news as Jean had been keeping her cancer a secret from everyone. Things continue going downhill for Ruby as she learns from Lily that Jean will soon be returning to the square soon. Lily says that Jean is excited to catch up with Ruby. This news shakes up Ruby who knows that her secret will soon be revealed if she doesn’t do anything. She recommends that she and Martin go away on vacation but is turned down by Martin. Martin feels that they should be there for Jean. With Jean’s return, what will be Ruby’s next move in keeping her marriage together?