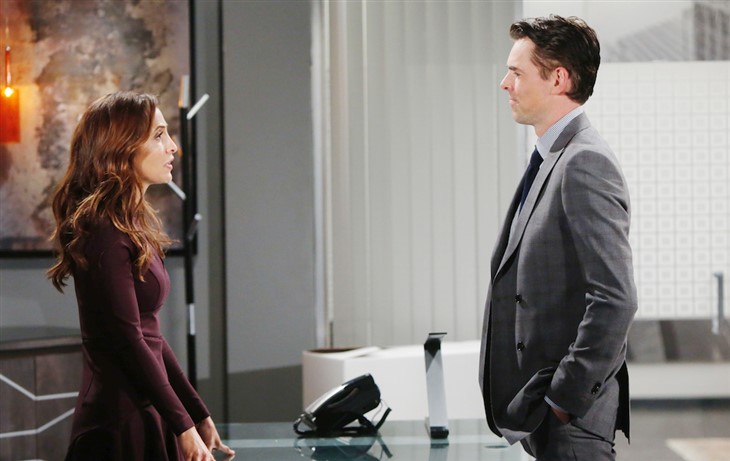 The Young and the Restless (Y&R) spoilers for Monday, August 16, 2021, reveal in Genoa City, Wisconsin Lily is watching Billy obsess over Victoria and Ashland.

The Young And The Restless Spoilers – Will ‘Villy’ Ever Really Be Over?

Victoria (Amelia Heinle) has been coming between Lily (Christel Khalil) and Billy (Jason Thompson) since day one in one way or another. First, it was Victoria jealous that Billy now seemed mature and responsible but had moved on with Lily. She always wanted him to be mature and responsible when they were together so she seethed with jealousy that Lily got this version of Billy.

Now, Lily has to deal with Billy obsessing over Victoria because she is moving on with Ashland (Richard Burgi) and he can’t trust the man. After all, look at what his wife did. Jack (Peter Bergman) begged his brother to leave well enough alone for the sake of Kyle and not expose any more Locke lies via ChanceCom. Billy doesn’t want to listen and rails on about how he can’t believe Victoria is really going to marry this guy. Lily then has to wonder if Victoria will always be the one to get in the way of her happiness.

Kyle (Michael Mealor) wants Harrison to travel to Italy to stay with him and Summer (Hunter King). Jack thinks this is a great idea. Ashland does not. He wants to spend more time with the boy and he is his legal father in the end. Will Ashland use that fact to keep Harrison away from Kyle? Will Jack allow it to happen? Does Jack have a new person to spar with now that he’s friends with Victor (Eric Braeden)?

Never mind that Mariah (Camryn Grimes) is missing carrying his biological child and probably in danger, Devon (Bryton James) has other concerns. He is thinking about music, Moses (Dax Randall), and Amanda (Mishael Morgan). Now that Amanda can have a fresh start with a mother in her life and the Sutton nightmare behind her, Devon thinks they can start their relationship fresh. Was there something wrong with it we were missing? (Aside from the fact that Amanda is his dead wife’s identical twin.) Stay tuned to The Young and the Restless to see how these stories play out.