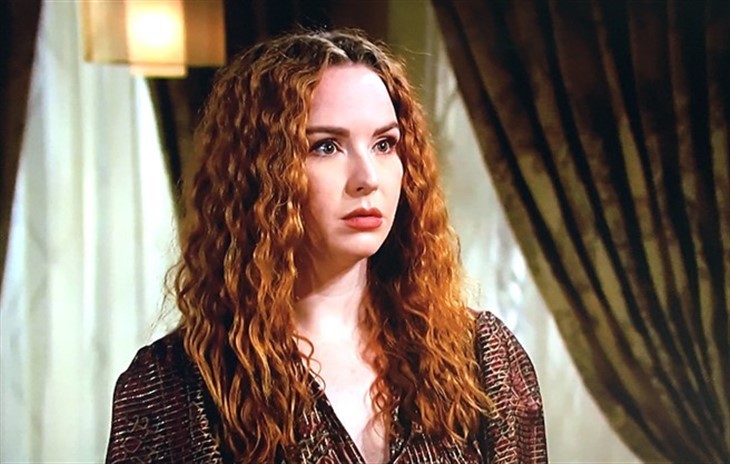 The Young and the Restless spoilers document that Mariah Copeland (Camryn Grimes) is being held against her will for reasons that are yet to be explained. This is part of a large delay tactic that is linked to Abby Newman Abbott Chancellor (Melissa Ordway) and Chance Chancellor (as last played by Donny Boaz).

Mariah is in the final stages of pregnancy, with Abby now impatiently waiting to learn why her surrogate suddenly disappeared. While Mariah’s delivery date isn’t imminent, it’s natural that Abby and the others who are connected to Grimes’ character, are very apprehensive.

The Young And The Restless Spoilers – Ian Ward Returns To GC?

Ray Wise (Ian Ward) is one of Y&R’s greatest recurring characters. The monumentally versatile actor was nothing short of fabulous during his varied stints on the show, with Ian last being seen in 2016.

As hardcore fans recall, Ian is known to be in jail after shooting Victor Newman (Eric Braeden), and later holding Nikki Newman (Melody Thomas Scott), Phyllis Summers (as then played by Gina Tognoni), and also the Moustache hostage. Dylan McAvoy (Steve Burton) arrested Ian and took him to prison.

Wise’s character raised Mariah in a cult after she was taken from Sharon Collins (Sharon Case), which was her maiden name. Cassie Newman (Grimes) was adopted by Alice Johnson (Tamara Clatterbuck), who was last seen in 2017,

Alice reappeared on Y&R, after not being seen on the show in years. She was involved in an underground service that Tessa Porter’s (Cait Fairbanks) younger sister, Crystal Porter (Morgan Obenreder), became entangled in.

Clatterbuck’s character made her way out of that storyline, but has the type of persona that could easily have wandered off the straight and narrow again. All the backstory elements are in place where Alice is concerned, as Mariah’s identical twin status could have dramatically set her off.

Could this developing tale represent the further mining of one of this soap’s greatest of all-time arcs, that involved the central characters of Sharon and Nick Newman (Joshua Morrow). If Morrow is written into the search for Mariah, then a fair bet would be yes.

The Young And The Restless Spoilers – Ben Stitch Rayburn In Focus

A popular idea, as fully fueled by the many winks Y&R’s writing staff appears to be giving to the fans, implies that Ben Stitch Rayburn (Sean Carrigan) is obsessed with Abby. Therefore, he’s the person who is holding Mariah hostage.

The above theory will prove painful to devoted fans who know that Stitch was not that type of guy in the past. Those familiar with his history know that he’s a good-hearted guy.

Here’s hoping that a resolution is soon offered to the audience. While there are some intriguing elements of the Mariah Is Missing storyline, she is pregnant and needs to keep Chabs’ baby healthy. Her captivity needs to end.