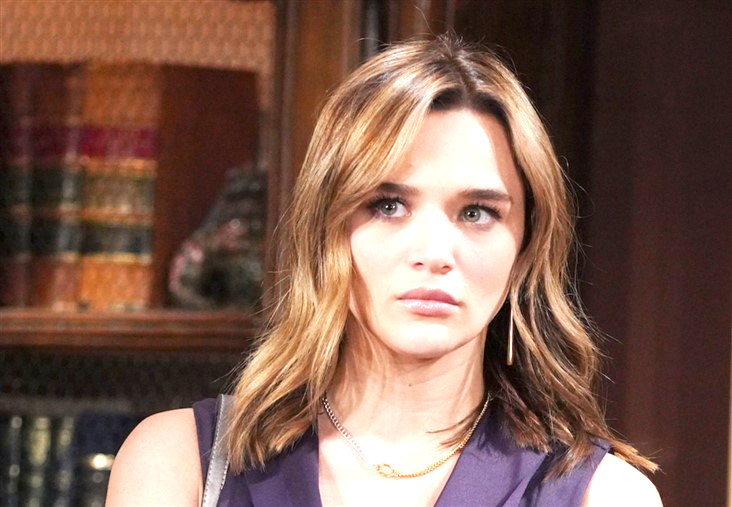 The Young and the Restless spoilers and updates tease that Summer Newman (Hunter King) will finally confess what Tara Locke (Elizabeth Leiner) did to her. Upon learning the truth, Phyllis Summers (Michelle Stafford) will vow to make her pay.

Viewers know that Phyllis knew right from the start that Tara and Sally Spectra (Courtney Hope) had a hand in Summer’s sudden decision to leave. Phyllis has been doing everything she can to find evidence against Tara and Sally so she can bring them both down for hurting her daughter and finally convince Summer to come home.

So, Phyllis goes to LA and immediately heads off to Forrester Creations to get Eric Forrester (John McCook) to confirm that he did Sally a favor. Phyllis finds out that Sally convinced Eric to get Angelina Marchetti (Cristina Serafina) to hire Summer as her creative director in Milan.

The Young And The Restless Spoilers – Summer Newman Finally Confesses

Phyllis still needs to figure out Tara’s role in Sally’s scheme so she’ll inform Nick Newman (Joshua Morrow) about her latest discoveries when she returns to Genoa City. So, Nick and Phyllis decide to talk to Summer via video chat to find out the truth. She finally comes clean and admits that she was forced to leave town. When asked who forced her, Summer confesses that it was Tara.

Phyllis finally found her smoking gun. In the weekly preview video, she said, “That bitch isn’t getting away with this.” Tara and Sally won’t be getting away with what they’ve done. Phyllis is ready for revenge and Tara can already sense that her secret is about to come out.

She knows her life will be over when Kyle Abbott (Michael Mealor) and Jack Abbott (Peter Bergman) learn that she blackmailed Summer into leaving Genoa City. Viewers may recall that Tara threatened Summer that she’ll disappear with Harrison Locke (Kellen Enriquez) if she won’t do what she asked.

Meanwhile, Sally will have a secret meeting with Tara. She’ll be worried that her role in Summer’s departure will finally come out. Now that Phyllis knows all about Eric’s favor for Sally, she’ll no doubt want to make her pay.