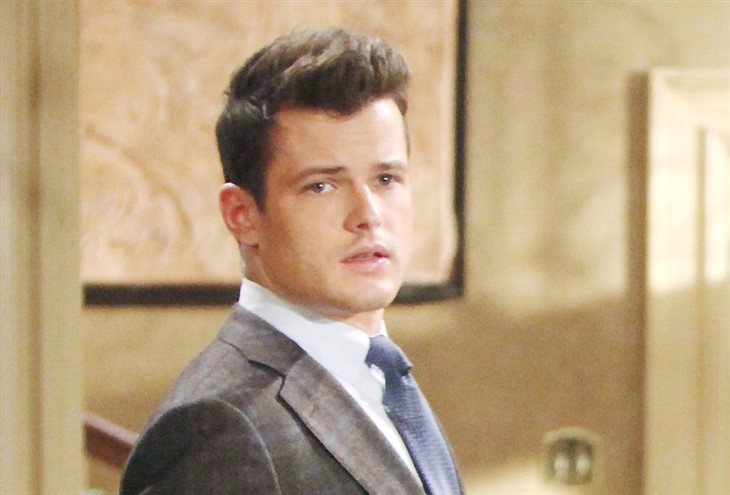 The Young and the Restless spoilers document that Kyle Abbott (Michael Mealor) didn’t want to believe that Tara Locke (Elizabeth Leiner) did anything wrong. He thought that they were establishing a good co-parenting relationship and had no idea that she is responsible for Skyle’s recent, inconceivable ending.

However, Phyllis Summers (Michelle Stafford) is pressing hard. Her goal is to help Summer Newman (Hunter King), who left town after offering unbelievable explanations about her departure.

The Young And The Restless Spoilers – Is Harrison Locke’s Story Acceptable?

There are a number of ways to interpret this subject header. Let’s consider two of them.

Kyle has fallen in love with all that fatherhood entails. He doesn’t appear to even be considering that the paternity test he had conducted, along with the one that Ashland Locke (Richard Burgi) followed with could have both been manipulated. So, even despite Tara’s past withholding of paternity information, Kyle is proceeding as though he’s Harrison Locke’s (Kellen Enriquez) dad.

The audience has to ask if this entire storyline is digestible? Theo Vanderway’s (Tyler Johnson) random spotting of Harrison in New York, Theo’s tie to Sally, Ashland’s diagnosis, and Summer’s failure to fight for Skyle all represented stretches. Those plot points and others can be challenged, hard.

Ashland may or may not be a goner, due to his diagnosis. If he’s telling the truth about it, then months is all Victoria Newman’s (Amelia Heinle) new love interest has left.

But Tara is in a different position. Since Mealor has publicly announced that he’s leaving the cast of Y&R, after not reaching a new contract agreement, what plot space will be left for Tara? None.

Leiner is a good actor and could have become a mainstay in the cast. But unless something unexpected happens, Tara will be exposed and almost assuredly be forced to leave town.

Jack has given Sally too many second chances. She’s not secure in herself, which is why so many lies and half-truths are knee-jerk offered.

Believing that Jack is her future is a pipe dream. No self-reveal, no Jally. It’s as simple as that, as Bergman’s character regretfully has come to realize and Sally doesn’t yet want to accept.