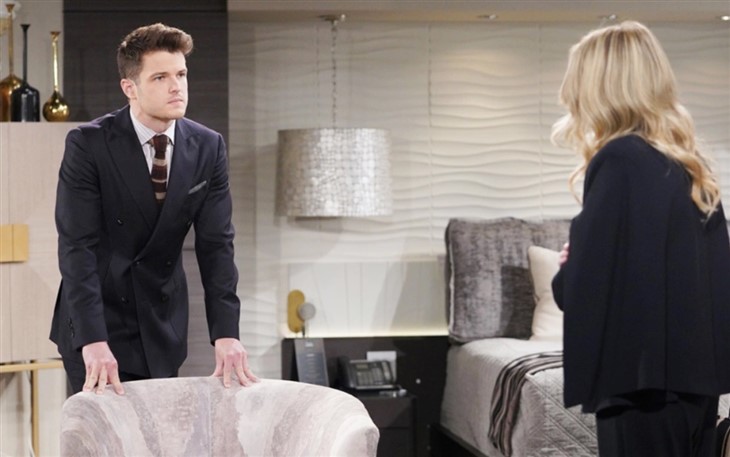 The Young and the Restless (Y&R) spoilers divulge that there is a whole lot of deceptive shaking going on between Tara Locke (Elizabeth Leiner) and Kyle Abbott (Michael Mealor). Tara just revealed their secret son and now explosive show spoilers reveal that the vixen could already be planning another pregnancy with the young stud.

Harrison Locke (Kellen Enriquez) is the adorable product of Tyle’s one nighter in NYC three or so years ago. Kyle and the whole Abbott fam have fallen in love with the tot and it’s easy to see why.

Tara is also aware of the sway the little guy has over the clan and she could be planning to up the ante, and her power, with a new baby.

The Young And The Restless Spoilers – Tara Locke Is A She Devil?

But first Tara has to get Kyle’s fiancé Summer Newman (Hunter King) out of town and she’s on it like white on rice.

Tara is working in cahoots with Sally Spectra (Courtney Hope) who also has reason to want the bubbly blonde far, far away.

Sally’s reason is professional not personal. She is in Genoa City after committing felonies in LA and her one way ticket allowed her to skip going to jail. She hasn’t changed much, she’s still schemeing to get what she wants and what she wants is Summer out of the office and out of her hair.

If Summer takes the bait and relocates to a once in a lifetime job in Italy, this could give Tara the opening she needs. She’s already proven to be catnip to the guy, who’s to say she wouldn’t get him back in the sack again? This would be to her advantage if she became pregnant and entrenched herself even more into the Abbott’s good graces and lavish lifestyle.

Kyle could talk himself into a clear conscience by saying it was just pity sex, but he has been inattentive to Summer ever since Tara and baby number one entered the picture. It would be so easy for Tara to win over Kyle by saying there’s a bun in the oven.

Will Tara succeed in getting Summer out of town and Kyle into bed?

The Bold And The Beautiful (B&B) Spoilers: Justin Barber Goes To The Dark Side And Turns On Bill Spencer