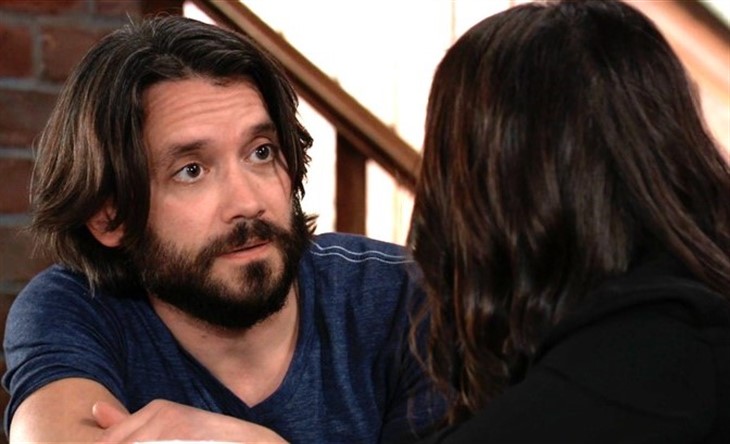 General Hospital (GH) spoilers and updates tease Sam McCall (Kelly Monaco) and Dante Falconari (Dominic Zamprogna) are working on some intriguing cases. Dante and Sam are close friends. They have been spending time together for personal and professional reasons. Dante is working a stalking case for the Port Charles Police Department. Sam is using her skills as a private investigator to help her friend Shawn Butler (Sean Blakemore). Sam and Dante may need to work together to solve their different mysteries.

Sam is trying to find Hayden Barnes (Rebecca Budig). She wants to find Hayden to help Shawn to clear his name. Shawn was sent to Pentonville Penitentiary for shooting her. Shawn and Sam do not know that Nikolas Cassadine (Marcus Coloma) is involved in the case or that he drove Hayden out of Port Charles. Sam went to Hayden’s sister Elizabeth Webber Baldwin (Rebecca Herbst) to find out if she could give her any indication on where Hayden could have gone. Hayden left Port Charles because she believed that she and her daughter Violet Finn (Jophielle Love) were in danger from Valentin Cassadine (James Patrick Stuart). Sam may need to turn to Dante to help her to find information on Hayden. Sam may be able to help Dante with a case that he is working on that could be connected to Hayden.

Dante is trying to find out who is stalking Nikolas and his wife Ava Jerome-Cassadine (Maura West). He has not been able to find many leads. He was able to find a lead when he found a shoe print at the scene of the crime that happened at Ava’s art gallery. However, he has not been able to find any other clues. Dante has the different items that have been sent to Ava and Nikolas to threaten them. He has a teddy bear with the voice of Ryan Chamberlain (Jon Lindstrom) that was sent to Ava’s daughter Avery Jerome-Corinthos (Ava and Grace Scarola). Dante may need to get Sam’s help to find the stalker.

General Hospital Sam and Dante could find themselves in danger while investigating their cases. They may find that the danger brings them together. Dante does not know that Nikolas’ son Spencer Cassadine (Nicholas Alexander Chaves) has been stalking Ava and Nikolas. Spencer does not approve of Ava being with his father. However, Spencer may not be the only one who is coming after Ava and Nikolas. Ava believed that Ryan wanted to come after her and Nikolas but Ryan has been in a catatonic state.

However, Ryan has been pretending to be catatonic. He could start to go after Ava and Nikolas because he is obsessed with Ava. Sam and Dante could find themselves in danger from Ryan if he starts to threaten Ava and Nikolas. Will Dante and Sam find a way to get away from Ryan? Sam does not know that Nikolas played a part in Hayden’s shooting. Could Sam need to be saved by Dante from Nikolas if she uncovers the truth about his part in framing Shawn for Hayden’s shooting? Will Dante be able to keep Sam safe? Will Sam want to start a relationship with Dante while they investigate their cases? Be sure to catch up on everything happening with GH right now. Come back here often for General Hospital spoilers, news, and updates.