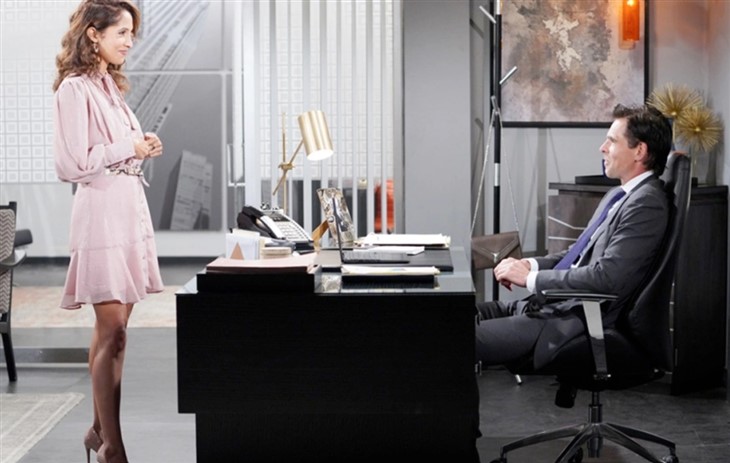 The Young and the Restless (Y&R) spoilers for Friday, November 12, 2021, reveal Billy and Lily unprepared for what’s coming their way. It looks like The Great Victor Newman has them right where he wants them.

The Young and the Restless Spoilers – Did Billy Abbott And Lily Winters Walk Into A Trap?

It’s been clear for weeks that Victor (Eric Braeden) and Adam Newman (Mark Grossman) have been planning and plotting to turn Billy Abbott’s (Jason Thompson) world upside down. Both men have had enough of his meddling to last a lifetime and while they don’t want Lily Winters (Christel Khalil) to be collateral damage, they have to do what they have to do.

And whatever they do blindsides Billy and Lily. They thought they were hedging their bets well when it came to ChanceCom and now they may lose the whole company after falling for Victor’s tricks.

When Victor saw that video message from Jesse Gaines, he looked quite pleased. Billy thinks he has exactly what he wants from Jesse, but he fell for every word the man had to say hook, line, and sinker. He should have known his story about what happened in Tuscany was a lie and Victor was behind all of this. But, this is Billy and he doesn’t catch onto things as quickly as he thinks he does.

Y&R Spoilers – Devon Hamilton Has A Big Decision To Make

Amanda Sinclair (Mishael Morgan) is not quite sure what to make of Devon’s desire to bring a baby into their home. She should have known this would happen as soon as he said he wanted to be Abby’s sperm donor and helped him draw up their agreement.

Can she help him now in ensuring he can take care of his son without any legal hassles? And what will happen when Chance finally returns, which he is due to do sooner rather than later? Stay tuned to the Young and the Restless weekdays to see how these stories play out.