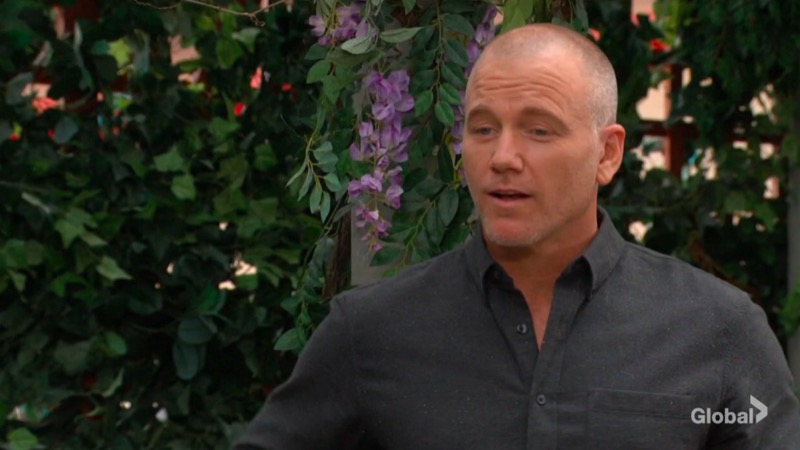 The Young and the Restless spoilers reveal that Ben “Stitch” Rayburn (Sean Carrigan) is being made to look like the villain. However, it seems that he actually might be a red herring. It is confirmed that Mariah Copeland (Camryn Grimes) is saved as she gives birth in captivity. Is it possible that Stitch is not only innocent, but the hero in this storyline?

Y&R spoilers reveal that when Mariah first found herself in captivity, she had fears and confusion. However, giving birth was not one of them. That has changed, as Grimes told Soap Opera Digest in last week’s edition of the magazine. The actress explained that Mariah is starting to grapple with the fact that she’s not going to be rescued. She is also realizing how close she is to her due date and fears giving birth while still in that situation.

Even though everyone is finally starting to realize that something is very wrong with Mariah’s “messages,” her other fear does come true. During the week of August 23, Mariah goes into labor and she still has not been rescued. Not only does Mariah worry about her own life, as well as the baby’s, but she has other concerns as well. Mariah is starting to wonder if the kidnapping isn’t about her, revenge or money. She comes to the conclusion that it’s all about getting the baby.

Even though Mariah does go into labor while being held hostage, she gets saved before the captor can get his hands on the child.

The Young and the Restless spoilers reveal that Mariah has no idea who has done this to her. Fans don’t either although Stitch is looking guiltier by the day. The only problem with that theory is Stitch was made to look guilty from day one. In the soap universe, that usually (but not always) means that it’s a red herring. Soaps count on the element of surprise, so we are figuring that Stitch is either innocent or might have a very good reason for taking Mariah.

The Young And The Restless Spoilers: Hidden Enemies

Remember several weeks ago when someone was watching Abby Newman-Abbott-Chancellor (Melissa Ordway)? It was assumed that it was Stitch since he showed up afterward. However, what if Stitch took Mariah in order to save Abby’s baby? Chance Chancellor (formerly Donny Boaz) is MIA and all that is being told is there has been “a development.”

It’s possible that the people Chance was after have turned the tables and planned to come after Abby’s baby, which Mariah is carrying. So, Stitch might be onto this and maybe he took Mariah in order to prevent the real kidnappers from doing so. That would make him a hero in Abby’s eyes and certainly would be a surprising conclusion.