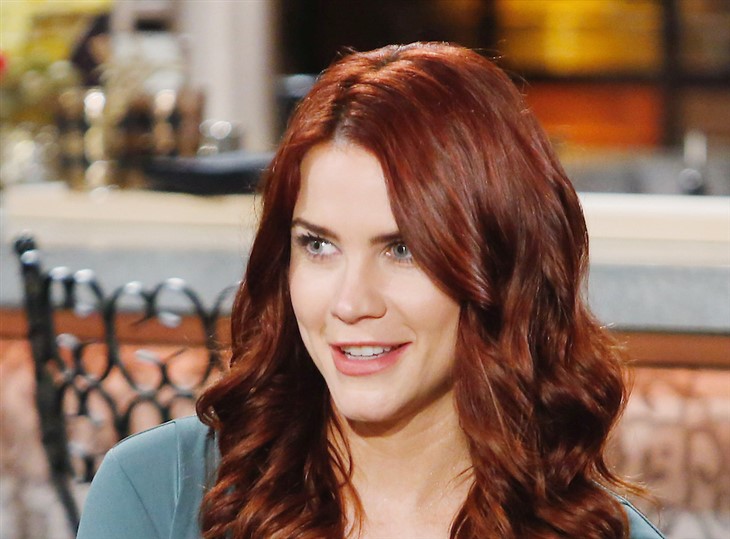 Many brawls have played out in Genoa City, Wisconsin, through the years. While this incident doesn’t rank with the incredible battles that Katherine Chancellor (Jeanne Cooper) and Jill Abbott Atkinson (Jess Walton) once engaged in, it was satisfying for those who were present at the launch party and for all who watched on the other side of the screen.

Nikki Newman (Melody Thomas Scott) laid into Sally minutes before the liquid-based fight played out. She was still livid that Hope’s character forced Summer Newman (Hunter King) out of town.

Sally was surprised that Nikki retained the grudge. That lack of awareness reflects Sally’s inability to feel compassion for others. It’s a personality flaw that wasn’t able to be repaired in Los Angeles, California, and remains broken in Genoa City, Wisconsin.

Y&R Spoilers – Phyllis Summers Is The Wrong Person To Cross

Phyllis has learned how to take direct, personal hits. Her maturity is one of the reasons why Nick Newman (Joshua Morrow) eventually agreed to re-couple with her.

However, Phyllis’ alliance with Nikki against Sally says it all. It isn’t often that these ladies agree or are on the same side in a fight. But Nikki and Phyllis stand united against Sally because of Summer.

Sally picked the wrong person to cross. Plus, she completely underestimated Phyllis as a rival.

Hope’s divisive alter ego has since been schooled by Phyllis and now lost that water joust. Along with that, Phyllis told Sally that Adam was using her as a prop and will drop her when it suits him.

The Young And The Restless Spoilers – Adam Newman Claims No Feelings

Adam told Jack Abbott (Peter Bergman) that he wasn’t with Sally and had no plans of helping her achieve redemption. But that was before she kissed him in the Newman Media suite after the water and ice exchange with Phyllis.

Adam is waiting for Chelsea Lawson’s (Melissa Claire Egan) return. That could give him an opening to reconcile if both halves of the one-time Chadam are receptive to a reboot.

Sharon Rosales (Sharon Case) represents Adam’s deepest love. But he recently told her that he will stay away out of respect for her choices.

So, this proposed pairing wasn’t in Adam’s plans. But Sally is available and finds him appealing. That is something for him and Y&R fans to consider.

The Bold And The Beautiful Spoilers: Sheila And Steffy War Erupts