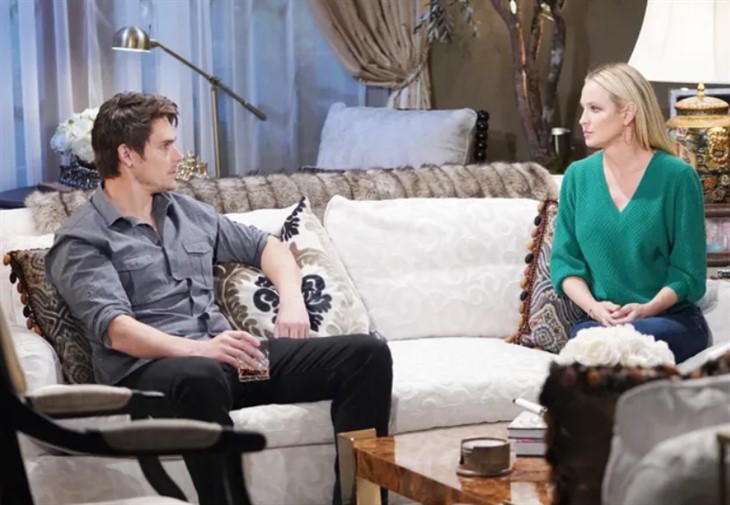 The Young and the Restless (Y&R) spoilers reveal in Genoa City, Wisconsin Adam never giving up. He still has feelings for Sharon and he decides to let her know it.

The Young And The Restless – Shadam All Over Again?

Just when Sharon (Sharon Case) seems to have her life and marriage back together, in walks Adam (Mark Grossman) again as she is closing up Crimson Lights. She smiles when she sees him but is not prepared for him to tell her how much he misses her.

This admission makes Sharon a bit nervous so she just sits there and talks about Rey (Jordi Vilasuso) and how well they are doing and how happy she is to have a fresh start with him. Adam might feel a little guilt disrupting Sharon’s life again, but this is Adam so he has to go further. He mentions to her that he thinks Chelsea (Melissa Claire Egan) faked her whole breakdown but there might not be anything they can do about that now.

Then he tells her he still thinks about a future with her but is not about to act on those thoughts. Talk about a way to confuse Sharon some more.

Adam is still hesitant to say too much to Sharon or do too much about his feelings because he’s been enjoying his new life as a Newman hero. He is finally accepted by his father and his brother and this means everything to him. If he rocks the boat by pursuing Sharon, will this ruin the new relationship he has with his family? After all, Adam and Nick (Joshua Morrow) are actually friends now.

It would surely ruin the good place Sharon believes her marriage is in. She’s barely been married for a year and they have nearly divorced several times. Sharon is determined to make it work this time but Adam’s presence seems to always get in the way of that. Is she going to be back on that same old merry-go-round now that she knows how Adam feels? For a while, she had to focus on Faith (Reylynn Caster), but now that Faith is doing better… Stay tuned to The Young and the Restless weekdays to see how this story plays out.