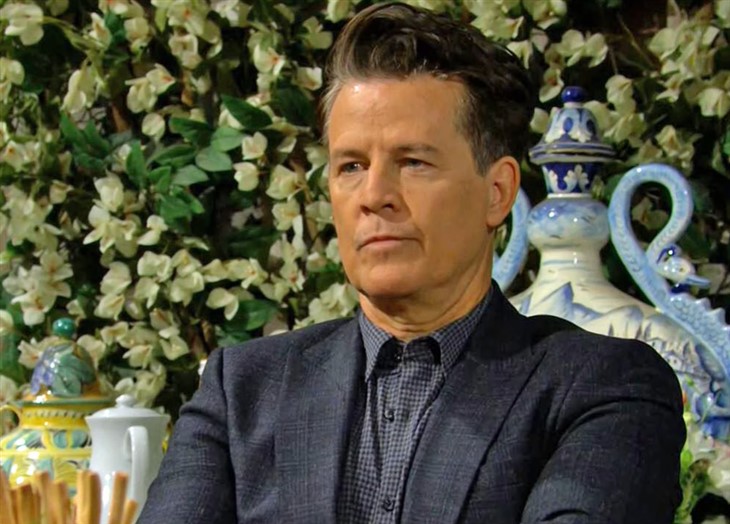 The Bold and the Beautiful spoilers document that Forrester family is not a humble crew. They firmly believe their feelings must be shared the instant after appearing.

Finn fanned the flame that his genetic father lit when lambasting the man who is now known to be his biological father. Of course, Jack needed Sheila Carter (Kimberlin Brown) to create the life of the man who has now been fully revealed as their son.

Would Li Finnegan (Naomi Matsuda) be reacting to her husband with such vitriol if the woman Jack had a child with was anyone other than Sheila? Probably not.

Sheila is a daytime lightning rod who receives no sympathy whatsoever. And yes, the fans know that she shot people, has been in jail, and committed other daytime offenses across the daytime decades.

Revenge and vengeance are presented as protective efforts the family by the Forrester’s who are so saintly. Yes, they can never forget or forgive Finn’s mother. So, it stands that Jack will join Sheila and Deacon Sharpe (Sean Kanan) as undesirables.

It is not the lie but the cover-up. That cliche is used by those who verbally lead some wrong in a person’s history and then pound the shielding of said event.

Jack has been lying to Li since Sheila became pregnant. He told his wife that some woman was unable to care for her newborn baby. That solved their problem, as the then-younger married couple could not have a child of their own.

Finn began asking about his birth parents when he was a boy. Jack went along with Li in telling Finn that he was adopted. But King’s character did not inform his son that he was genetically connected to him or that his birth mother was someone who he cavorted with during the early years of his marriage to Li.

The Bold And The Beautiful Spoilers – Sinn And Bridge Sound Off

Steffy was and remains right about Sheila. A history of instability makes her a permanent threat to Sinn and the Forrester family. Jack’s reveal adds him to the untrustworthy list.

Will Finn ban Jack from his life, and if so, for how long? Steffy, Ridge, and Brooke will weigh in. That is what they do on B&B.